The openSUSE team is proud to announce the first Beta release of openSUSE 11.0! There are many exciting enhancements and features in the new release. Among these is the incredibly fast package management (libzypp), KDE 3.5.9 and 4.0.3, GNOME 2.22.1, a beautiful new installer, live CDs and much more.

The openSUSE 11.0 beta 1 includes quite a few changes and new features that users will find interesting, including:

KDE 4 and KDE 3.5: The openSUSE 11.0 beta 1 includes KDE 4.0.3, which includes a number of new features, fixes, and optimizations. See the KDE4 page for more info on the KDE4 branch. To help test, see the wiki for info on reporting bugs in KDE. Not quite ready to move to KDE4? No worries, the beta includes an installation option for KDE 3.5 in addition to KDE4.

GNOME 2.22: Beta 1 includes GNOME 2.22.1 with plenty of new features and packages. Interested in helping with testing for GNOME in openSUSE 11.0? See the wiki for all the info you need.

YaST ported to Qt4: openSUSE’s administration and installation tool, YaST, has been ported to Qt4, providing beautiful styling for the installer, and an improved look for areas such as package management. 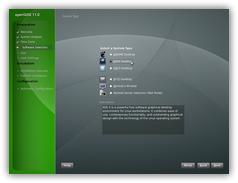 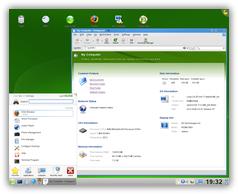 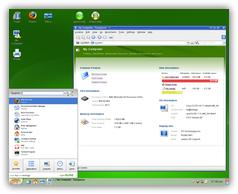 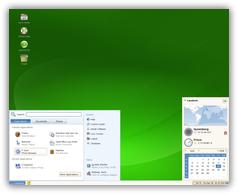 For some more screenshots head over to Screenshots/openSUSE_11.0_Beta1 on the wiki.

New Package Management Solver and Meta-data: the package management stack of openSUSE, libzypp, has seen constant improvements since the last release. We introduced a new SAT solver (slides, video) and repository metadata that means that openSUSE’s package management works at a lightning-fast speed.

Installation in 24 minutes: Due to changes within the installation media itself and the advances in openSUSE’s package management, an openSUSE installation is now well over 60% faster, completing in roughly just 24 minutes! (Your mileage may vary, offer not valid for 486s…)

Several important changes have happened since Alpha 3 was released, most notably:

A more detailed list of changes is available via the Factory/News page.

Remember that this is a beta. It may not be safe to run for production systems, and should be used by users interested in testing the next release of openSUSE for bugs.

There is a Bug which affects the adding of system users in several packages on both LiveCD and DVD installation.** You have to reinstall them to get the correct users created on your system.** You can do so either in YaST or use zypper like:

See the Bugs:Most_Annoying_Bugs_11.0_dev page on the wiki for an up-to-date list.

openSUSE 11.0 Beta 1 for i386, x86-64 and PPC comes as different media sets, all of which can be downloaded from //software.opensuse.org/developer.

openSUSE 11.0 Beta 1 is a great time to start testing-out openSUSE 11.0 before it is officially released. You can directly help and contribute to the openSUSE distribution by filing bug reports and giving feedback to the developers.

For other queries and ways to communicate with the openSUSE community take a look at the Communicate wiki page.