A total of seven openSUSE Tumbleweed snapshots featuring new software were released this week along with an upgrade to GStreamer that allows for mp3 decoding to work out-of-the box.

The newest stable Linux Kernel 4.11.6 is also available in the latest Tumbleweed snapshot 20170620.

Updates in the repositories from the 20170620 snapshot brought both the 52.2 versions of Mozilla Firefox and Thunderbird, which fixed some critical vulnerabilities. Systemd 233 provided a package for a new systemd-umount binary and, with the update of dracut 044.1, supports the new compatibility rule. Fontconfig’s 2.12.3 version fixed the build issues with gperf 3.1 and on GNU Hurd. The Beta 2 version of LibreOffice 5.4 cleaned up the license string and got rid of the Oxygen theme. A removal of support for old, non-systemd distros was made available in the snapshot with libvirt 3.4.0.

Snapshot 20170619  updated translations in both libgnome-games-support 1.2.2 and gnome-tweak-tool 3.24.1, which also added a way for handling a program interrupt signal.

END_OF_DOCUMENT_TOKEN_TO_BE_REPLACED 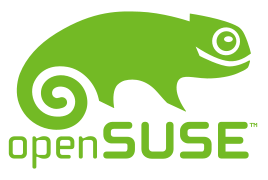 Snapshot 20170612 is the largest snapshot of the week and centers mostly on fixing bugs and adding patches. GNOME’s Bijiben upgraded to version 3.24.0 and fixed a memory leak as well as cleaned-up some code. The library used mainly by GTK and GNOME Application, glibmm2_4 moved to version 2.50.1 and also fixed a memory leak. Other libraries updated in the snapshot were the portable renderer for Advanced Substation Alpha/Substation Alpha libass 0.13.7, emulation/playback library for video games and music libgme 0.6.1, and the machine learning software library opencv 3.2.0. The update to Linux Kernel 4.11.4 deleted several patches, including one for IPv6 and X11 package xlockmore 5.54, which fixed the xmb fonts and xjack mode. Yast2-trans removed obsolete Portable Object Template files and enhanced translations through the use of Weblate. END_OF_DOCUMENT_TOKEN_TO_BE_REPLACED

END_OF_DOCUMENT_TOKEN_TO_BE_REPLACED

Since changing to a rolling development version model for the eventual release of openSUSE Leap 42.3, challenges have arisen to get more people testing it.

There is no milestone releases (Alpha or Beta) for openSUSE Leap 42.3, but snapshots of the development version are constantly being released.

“So far I have not seen too many 42.3 bugs,” said Leap Release Manager Luwdig Nussel in his talk at the openSUSE Conference. “I don’t think we are bug free, so I think it just is not tested enough.”

Some Linux users might find a rolling development process for a Linux release to be less appealing for testing, but testing is certainly necessary before the actual release Leap 42.3 at the end of July.

The next minor version of Leap 42.3 is mostly a refresh and hardware enablement release that will have more than 10,000 packages. While the development version of Leap 42.3 it is still considerably stable because it is extremely hardened and shares sources from SUSE Linux Enterprise (SLE) 12, the release could still use more testing and people willing to promote openSUSE’s next minor 42 series version.

Nussel said SLE 12 Service Pack 3 (SP3) and Leap 42.3 are developed in parallel to one another and both benefit from mutual bug reports.

END_OF_DOCUMENT_TOKEN_TO_BE_REPLACED

Recent years have seen tremendous growth in the container technologies market. From being a non-existent category just a few years ago to being one of the most interesting, fast development and exciting areas.

Containers change the way we think about application architecture and the speed at which we can deliver on business requirements. They provide consistency and portability across environments and allow developers to focus on building a great product, without the distraction of underlying execution details.

Today the entire application delivery supply chain is changing as the age of abstract application creation is upon us. This change is fueled by the adoption of a few key technologies,  including shared code repositories, continuous integration, continuous development, and cloud computing.  However, the ultimate driver of this movement is a software delivery mechanism: containers.

Project Kubic is a generic project for the many new initiatives related to re-designing the operating system around principles of immutable infrastructure and the usage of a stack based on Linux, docker project and Kubernetes.  The primary building block of the Kubic Project is the Container Host OS based on openSUSE Tumbleweed.

In the near future and with your support, we’ll be enabling Kubernetes and many other new features. This will allow you to easily build Container as a Service (CaaS) solutions and run them everywhere…

How can the Kubic Project help me?

(This blog is written by Simona Arsene and was originally published at https://www.suse.com/communities/blog/introducing-kubic-project-new-open-source-project/)

END_OF_DOCUMENT_TOKEN_TO_BE_REPLACED

This year’s openSUSE Conference has so far been a blast and the talks  from Day 1 of the conference have already been uploaded to the openSUSETV YouTube channel.

For the people who couldn’t make it to this year’s conference, they can watch the live stream of the conference at http://streaming.media.ccc.de/osc17/. There are two rooms (Galerie and Saal) being live streamed and recorded.

@thatch45 is explaining at @openSUSE #oSC17 how everything is changing with modern security threats and serverless computing environments pic.twitter.com/tb0i89Z66e

Starting out the conference, Matthias Kirschner, President of Free Software Foundation Europe, delivered a terrific keynote and gave several thought provoking questions about who will be the torchbearer for open-source software and questioned whether it is necessary to have a torchbearer since there are so many examples of success of open-source software.

Chief Technology Officer and co-founder of SaltStack, Thomas Hatch, gave a great keynote today and yesterday gave a talk about “My Move to SUSE.”

Thorsten Kukuk introduced openSUSE Kubic as a project under the openSUSE Project and Leap release manager Ludwig Nussel touched on the status of Leap; past, present and future.

Another great talk recommended for system administrators and developers from the  open-source community is Wolfgang Engel’s talk about SUSE Package Hub and how SUSE is bringing community packages to enterprise users.

Sources from the beta version of SUSE Linux Enterprise (SLE) Service Pack 3 (SP3) arrived today in the latest build for openSUSE’s next minor release of the 42 series.

The transition to a rolling development process for openSUSE Leap 42.3 has changed the traditional milestone process, but fixed milestones are alive and well with SLE development and Leap is benefiting from that hardened, enterprise core.

Yast2-installation moved Container as a Service Platform to yast2-caasp package and added a features request, which added Network Time Protocol Servers settings to the overview dialog.

Community packages differing from SLE SP 3 Beta that testers can find in Leap are new features from Mozilla Thunderbird 52.1.0 and security fix from Mozilla Firefox 52.1.1. This past week KDE Applications was updated in the Leap builds to version 17.04.0. Two weeks ago, a Leap build for 42.3 updated Mesa from version 11.2.2 to version 17.0.4 (now Mesa 17.0.5), so more Graphics Processing Units are supported.

“I’d like to ask package maintainers and users alike to check whether there are any bigger changes left to be done in 42.3,” release manager Ludwig Nussel wrote to the openSUSE Factory Mailing List. “If so, please submit affected packages ASAP.”

Leap 42.3 builds have been coming out on a regular basis with new community packages being updated in the newest builds. Testers are encouraged to test the rolling development and can download the iso image from the development button on software.opensuse.org. After installing Leap, testers can enter the terminal and enter zypper update for the newest Leap 42.3 packages.

Don’t forget to report bugs if you find one.

The newest snapshot, 20170516, brought Linux Kernel 4.11 and tons of new fixes and features. The new kernel has at least eight prominent features and a pluggable IO scheduler for the multiqueue block layer is just one of the many features. There are some fixes for nvidia drivers in the 4.11.1 Kernel, which expected to arrive in the next Tumbleweed snapshot if all goes according to plan.

The snapshot also delivered an update for python-requests with version 2.13.0, which has multiple fixes including fixing an issue with JSON encoding detection. Python-sip 4.19.2 provided a fix for a crash and power-device supporter nut 2.7.4 changed some command and variable naming schemes as well as added a new class of device support for Automatic Transfer Switch.

KDE Applications 17.04.0 made it’s way into the 20170516 and 20170510 snapshots. Among the many improvements are 3D rendering with KAlgebra, more stability for the video editor Kdenlive and a new version of Minuet, which will helps teach and learn music, offers more exercises and ear-learning tasks. END_OF_DOCUMENT_TOKEN_TO_BE_REPLACED