The development version of openSUSE Leap 15 has reached its beta phase builds and snapshots are available for testers via http://download.opensuse.org/distribution/leap/15.0/iso/.

Exactly like the rolling development model used to make openSUSE Leap 42.3, Leap 15.0 will use the same model until its final build. No concrete milestones will be used building up to the final release, which is expected in late Spring. As bugs are fixed and new packages introduced or excluded, snapshots of the latest beta phase builds will be released once they pass openQA testing; the first beta version build (Build 109.3) of openSUSE Leap 15 was recently released and there are currently two follow-on beta builds that would feature minor improvements if the beta builds pass openQA .

The beta Leap builds feature an all new fresh look, the Linux Long-Term-Support Kernel (LTS)  4.12* Kernel and users can test out KDE’s next LTS release of Plasma 5.12.

One bigger update remains to be integrated, wrote release manager Ludwig Nussel; that being rpm 4.14 that was released in openSUSE Tumbleweed just two weeks ago.

END_OF_DOCUMENT_TOKEN_TO_BE_REPLACED

Find Out the Visa Requirements to Attend oSC18

For people planning on attending the openSUSE Conference 2018 in Prague, Czech Republic, from May 25 – 27, there are certain requirements necessary to receive a visa for those who are not a citizen of a Schengen country.

It’s a good idea to start thinking about getting your visa and this post summarizes the requirements.

Please note: the Travel Support Program has no provisions to cover the cost of a visa, so it’s the travelers responsibility for covering the additional cost.

You must apply for a Schengen visa through the Czech embassy or consulate in your country if you are from one of the following countries:

END_OF_DOCUMENT_TOKEN_TO_BE_REPLACED

The openSUSE-Education project tries to support schools using openSUSE. We create and describe additional software-repositories for educational projects and we created Add-on medias and finally a live DVD from the regular openSUSE distribution.

As you can see in our timeline, we achieved quite a lot in the past years, had fun and meet a couple of very nice people out there in our spare time. But the main team members moved on to new projects, with the hope that we would one day find some time to work more on openSUSE-Education again. This does not seem to happen – at least not for the foreseeable future.

END_OF_DOCUMENT_TOKEN_TO_BE_REPLACED

This is an update to our current Meltdown and Spectre situation on openSUSE Leap and Tumbleweed.

We have released kernels with initial Meltdown and Spectre mitigations begin of January.

What is currently released:

– The Meltdown attack is fully mitigated by the Kernel Page Table Isolation feature (KPTI) with those Linux Kernel updates.

– The Spectre Variant 1 attack for the Linux kernel is mitigated with various speculative fences added throughout the kernel code. We might add more in case some places have been missed.

– We released Firefox, Chromium, and Webkit2Gtk3 updates that remove the Javascript exploitation vector for Meltdown and Spectre.

What is partially mitigated:

While we have released updates for some Intel chipsets and also AMD Ryzen, the Intel CPU Microcode updates were later found to be unstable and have now been retracted.

Intel is currently working on better versions of the CPU Microcode, which we will ship once they become available.

For openSUSE Tumbleweed we have reverted the “ucode-intel” package to the pre-Spectre state.

For openSUSE Leap 42.2 and 42.3 we have retracted the updated “ucode-intel” packages, so it is necessary to downgrade them manually if you are encountering problems like MCE errors.

This can be done by:

What will come soon:

– We are working on Spectre Variant 2 mitigations using so called “retpolines” (“return trampolines”), that largely remove the need for firmware mitigations.

We are working on Linux Kernel updates that will enable retpoline support and so mitigate Variant 2.

The XEN team is developing methods to mitigate Meltdown and Spectre and once they become available we will be also releasing XEN updates for them.

END_OF_DOCUMENT_TOKEN_TO_BE_REPLACED

openSUSE 42.2 to Reach End-of-Life This Week

There were three snapshots released since the last blog and some of the top packages highlighted this week are from Mesa, Squid, Xen and OpenSSH.

The Mesa update from version 17.2.6 to 17.3.2 in snapshot 20180116 provided multiple fixes in the RADV Vulkan driver and improvements of the GLSL shader cache. The Linux Kernel provides some fixes for the security vulnerabilities of Meltdown in version 4.14.13 and added a prevent buffer overrun on memory hotplug during migration for KVM with s390. The snapshot had many more package updates like openssh 7.6p1, which tightened configuration access rights. A critical fix when updating Flatpak packages live was made with the gnome-software version 3.26.4 update. File systems package btrfsprogs 4.14.1 provided cleanups and some refactoring while wireshark 2.4.4 made some fixes for dissector crashes. Xen 4.10.0_10 added a few patches. Rounding out the snapshot, ModemManager 1.6.12 fixed connection state machine when built against libqmi and blacklisted a few devices to include some Pycom devices.

Snapshot 20180114 moved rpm 4.14.0 from staging to the rolling release and optimized debuginfo packages. Additionally, python-rpm 4.14.0 switched the build to use setuptools-based build, so that the Python module is properly built with all its metadata. The package for mature and widely used C/C++ and Java libraries icu4j moved to version  60.2 and offered jdk9 upstream fixes and added a patch to fix builds with jdk10. A major update of python-Pillow from version 4.2.1 to 5.0.0 added docstrings from documentation and specifies compatible Python versions for pip. MariaDB 10.2.12 added some patches.

END_OF_DOCUMENT_TOKEN_TO_BE_REPLACED

The hosting platform cPanel has provided the openSUSE Project with two new network cards to assist the project with its infrastructure needs.

The network cards will soon be integrated into the openSUSE infrastructure to improve the Open Build Service.

“On behalf of the openSUSE Project and the many developers and packagers who use OBS to develop open-source software, we thank cPanel for their generosity,” said Richard Brown, openSUSE Chairman. “This contribution not only helps the openSUSE project but will help other open-source projects as well.”

OBS is a generic system to build and distribute binary packages from sources in an automatic, consistent and reproducible way. It can release packages as well as updates, add-ons, appliances and entire distributions for a wide range of operating systems and hardware architectures.

“We use an internal installation of the Open Build Service, and also help customers and third parties use the public OBS at build.opensuse.org,” said Ken Power, Vice President of Product Development at cPanel. “Supporting the open source projects that we use is incredibly important to us, and we’re glad to be able to help here.”

The network cards will be used to improve the backend of OBS.

“The cards will be used to connect the OBS backend storage and network; bringing it from a 1GB to 10BG and improving the backend performance,” said Thorsent Bro, a member of the openSUSE Heroes team. “We want to thank cPanel for its generous support and giving back to the projects that help with Linux/GNU development.”

Become a Google Summer of Code Mentor for openSUSE 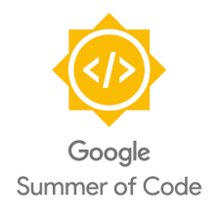 The  application period for organizations wanting to participate in the Google Summer of Code is now and the openSUSE project is once again looking for mentors who are willing to put forth projects to mentor GSoC students.

People interested in submitting a project for GSoC as part of an openSUSE mentors team can submit it to https://github.com/openSUSE/mentoring/issues. The submissions will be reflected on openSUSE 101 and submitted as part of a mentorship package to the official GSoC website.

“If you have a new project for this year, please open a new issue for each project immediately and label it accordingly,” said Christian Bruckmayer, an openSUSE mentor. “If you have a potential project, please email us ASAP.”

The deadline is Jan. 23 to submit the full package for GSoC, Bruckmayer said.

The full timeline of GSoC can found here at https://developers.google.com/open-source/gsoc/timeline.

GSoC students, mentors and projects benefit from the active involvement of new mentors.  Many previous GSoC students later become mentors in the GSoC.

Email the mentors team at gsoc-mentors@opensuse.org.

Several openSUSE Tumbleweed snapshots arrive before and after the new year and this post will focus on the most recent snapshots released this week.

Much of the efforts of developers this week have focused on patching the Meltdown and Spectre vulnerabilities. openSUSE’s rolling distribution produced four openSUSE Tumbleweed snapshots so far this week.

The most recent snapshot 20180109, which was released within the past hour, brought KDE Frameworks 5.41.0, which brought 70 addon libraries to Qt. A major version was released for LibreOffice as the libreoffice 6.0.0.1 package had many fixes in gpg4libre and new features for Writer, Calc and Draw. Poppler 0.62.0 was also included in the snapshot and removed Qt4 poppler package following upstream change

Newer packages that arrived in the 20180107 snapshot were Chat Client irssi 1.0.6, which fixed some random memory bugs, and the llvm 5.0.1, which delete intermediate files during build to reduce total disk usage. And kcm_sddm 5.11.5 was a bug fix release.