The openSUSE Build Service - OBS - is  now officially at release 2.1. We’re delighted with the improvements in  this release, including an enhanced web interface, integration with online code management systems and better access controls.

This iteration has enhanced the web user interface of openSUSE Build Service  with features that were previously only in the osc command line client. It  now allows submitting of packages to other projects, showing a history of changes and who did them, with associated comments. This means that the full work flow needed to build packages, contribute them to projects and collaborate on them is available from the web interface. 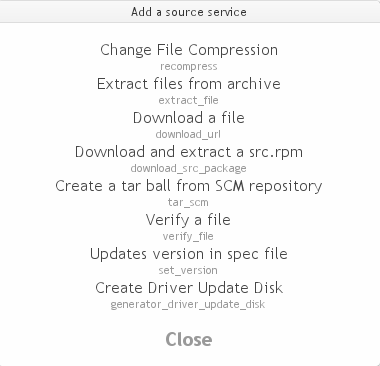 Users of the Build Service may now access a new concept called ‘source services’. Source services allow, for example, the automatic checkout of source code for a package from a remote server via Git or Subversion, building a tar ball from these checked out sources, and using them for building a package.  It also enables direct download of tar balls from remote sites. This allows packagers to work with external sources without downloading them to their own workstations, and makes it easy to rebuild packages after upstream changes with a single click.

The access controls have been enhanced so that read/write access to a project  can be granted on an individual basis. This allows for tighter control of work flows where needed. You can for example ensure people don’t have access to security updates while they are being tested.

To use the Open Source Build Service, you can access the public instance on build.opensuse.org or install it on your own hardware to have a private Build Service. For local installations you can install from source, or use the ready-to-run appliance image, either directly or in a virtual machine. You can also obtain an installation image to install an openSUSE 11.3 system with the Build Service pre-installed. For details check openSUSE:Build_Service_installations 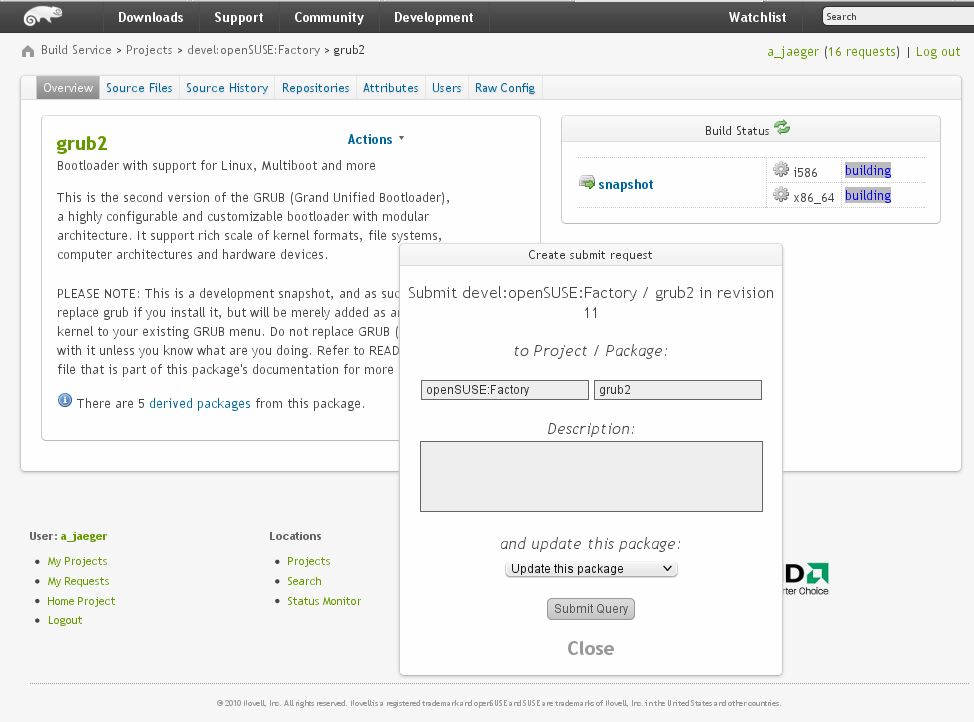 For more information about the Build Service, check Portal:Build_Service.

This release of the OBS has received many contributions from other  companies, community  members and foundations, making this release a  truly collaborative product. We would like to thank everyone who helped make the openSUSE Build Service 2.1 possible! Special thanks go to Martin Mohring and the OBS team at The Linux Foundation, who contributed the extended access handling.

About the Build Service

The Build Service is an open package and distribution development platform providing a transparent infrastructure for developers to build packages for a variety of Linux distributions and hardware architectures. build.opensuse.org is a freely available service and can build packages for the  most popular distributions besides openSUSE including SUSE Linux Enterprise, Debian, Fedora, Mandriva, Red Hat Enterprise Linux and  Ubuntu.

The Build Service aims to significantly reduce the costs and risks related to the distribution of applications, from building, providing and maintaining them. It does so by providing a convenient web and command-line interface, which developers can use to upload their code and build instructions. The Build Service will then create a clean, virtualized operating system, install any required build dependencies and create the package. This process will be repeated for each supported operating system. Once the build is finished, all packages will be made available in a set of repositories for easy distribution.

The Build Service at build.opensuse.org currently builds about 100,000 packages from 25,000 users working on 15,000 different projects. Communities and companies using their own Build Service installation include the MeeGo Project, VLC team, Dell, Cray and many others.

For more information about the Build Service, check Portal:Build_Service.