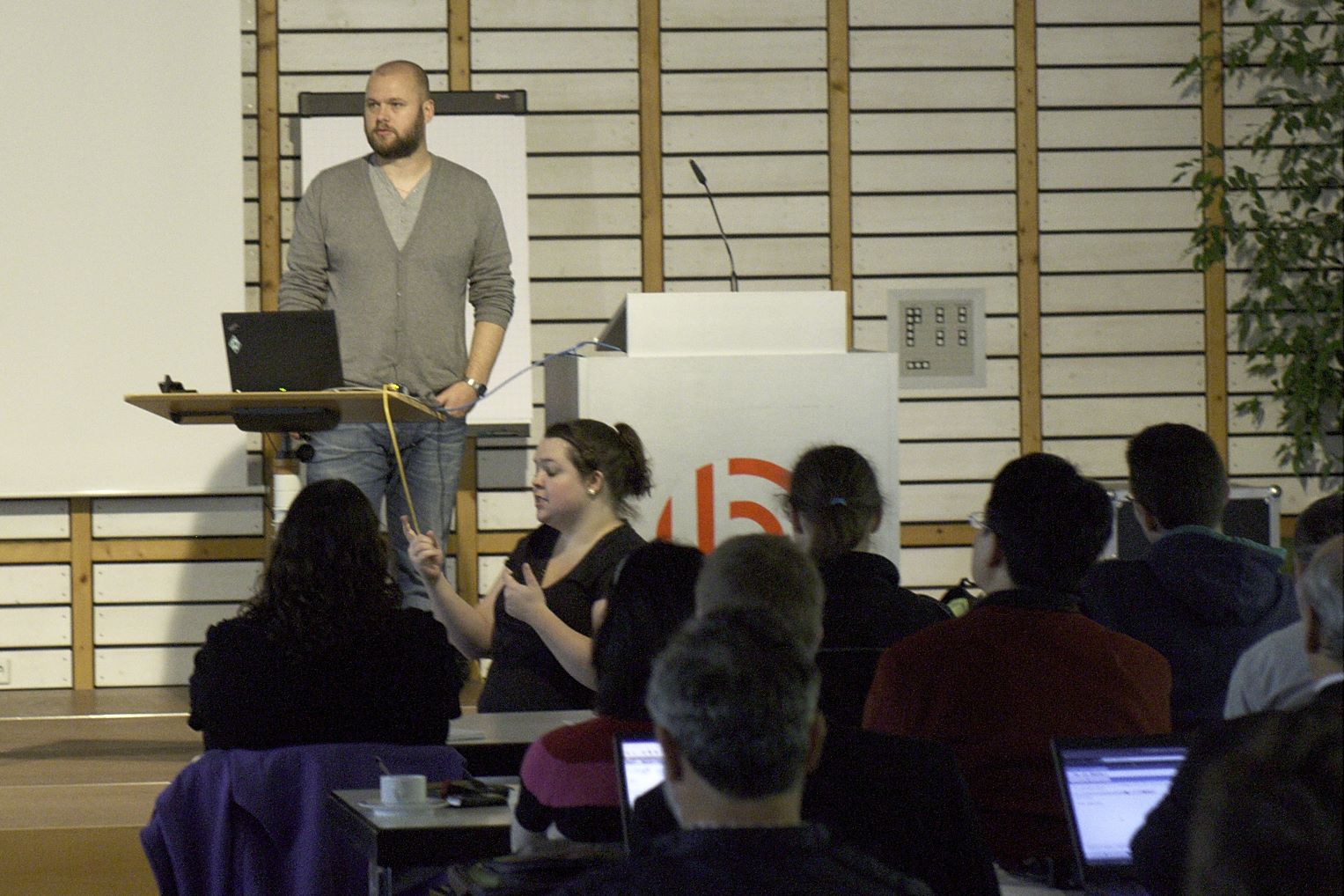 As 260 fans of openSUSE descended upon Nuremberg, the second annual openSUSE Conference began at 9:30 sharp with Hendrik “Henne” Vogelsang delivering a very important and poignant message for us all.

In Henne’s keynote, “Get your ass up!”, he talks about where we are and how we can move forward as a Project. “We’re in a unique position”, Henne said. He asked the audience how old they thought SUSE was. Nobody guessed correctly - it is 18 years. Debian is 17, Red hat 16 - SUSE really has been around a long time. Yet it has only been a really open project for a few years - Henne considers the opening of Factory during 2009 the real milestone here.

So - an old distribution with a large userbase, yet a very young community with very little structure and few rules and limitations. Now is the time to change things - you can make a huge impact in openSUSE and Free Software in general.

Highlighting some of the examples of people who have stepped up and pushed their initiatives, Henne pointed to people like Andrew “FunkyPenguin” Wafaa who recently released the openSUSE incarnation of Meego, Smeegol. Wafaa, a true enthusiast of the netbook environment, didn’t wait for someone to give their permission or blessing to proceed with his initiative. He just did it, made it happen - beating Fedora and the ‘official’ MeeGo project in getting out the latest MeeGo user interface! 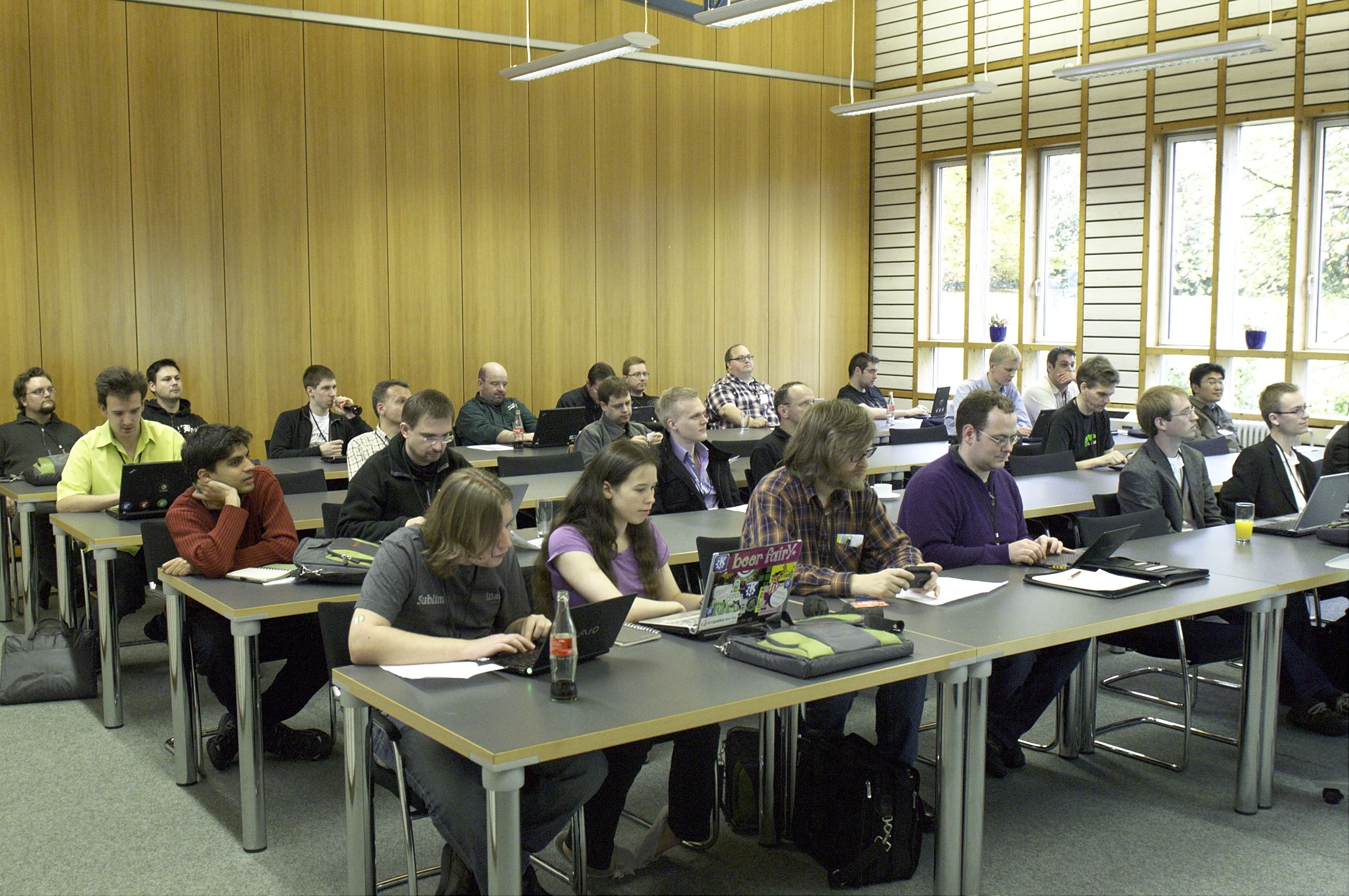 Henne talks about things stopping people from stepping up and doing what they think is needed. Fear of duplication or doing something contradicting other efforts often stop us from making a difference.

Henne’s advice is simple: don’t give ave a you-know-what. Just do it. What is wrong with having Emacs and vim? Nothing! we can have duplication - we’re an open source community! We can have a million text editors if we want! We can have 8 desktops - we actually do… We can’t possibly all want the same thing and that is perfectly OK. We need diversity, that is how open source works. Don’t fear duplication, don’t fear contradiction, don’t let others tell you not to do something. Just do it. 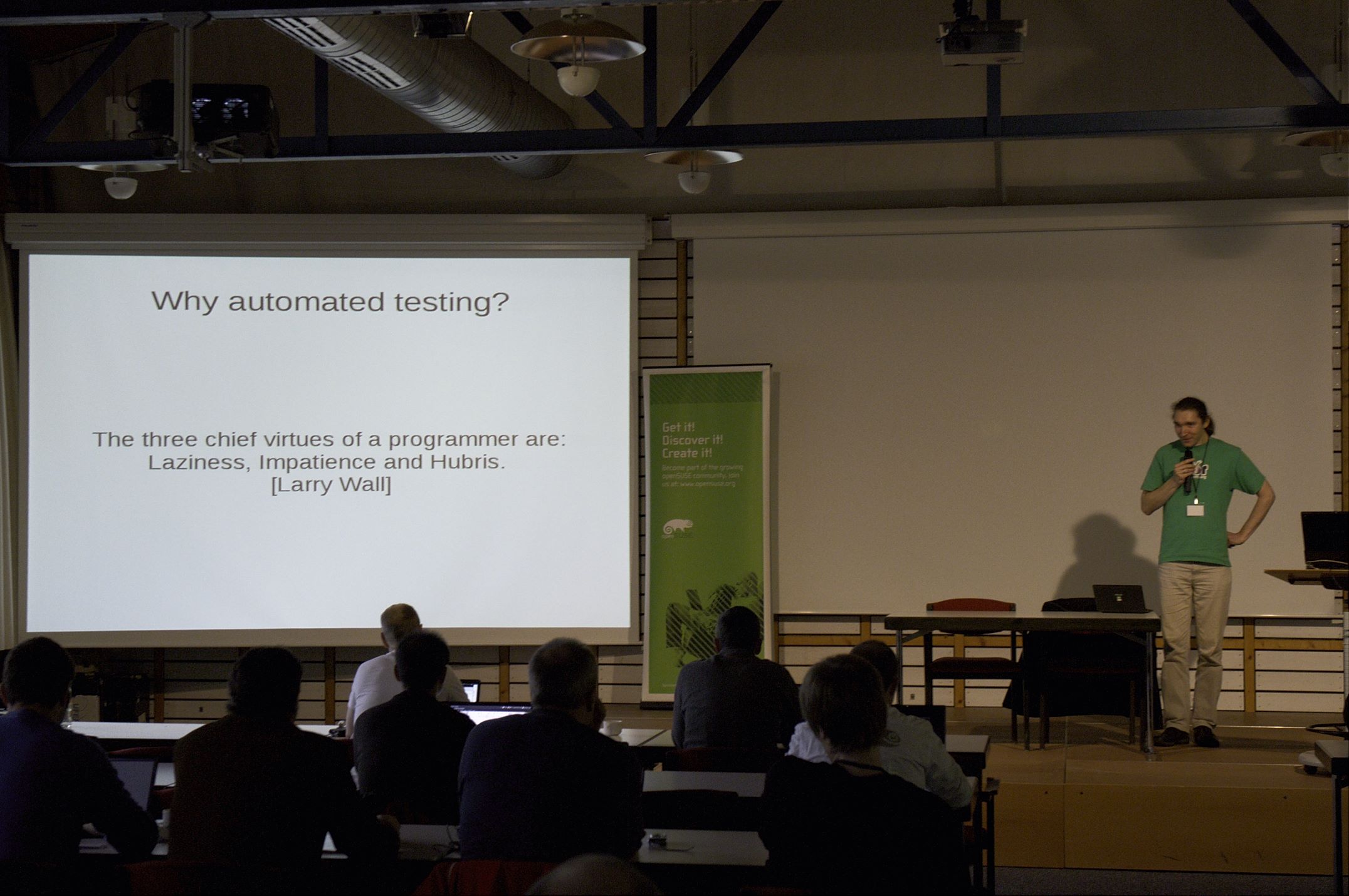 All of this points to where we can go as a Project, which has limitless boundaries. There’s room for everyone and everyone’s ideas. Even if your ideas seem minute or insignificant, don’t be afraid to try and play around with your ideas. Every big idea started out small. And don’t even think about stopping anyone with whatever they want - help or get out of the way.

And last but not least, have a lot of fun! This goes for everyone who is here at the openSUSE Conference, as well as everyone out there in the openSUSE Community throughout the world. We are at a unique place right now - any person at this conference (and those not here) can make a huge impact on the future of openSUSE and consequently on Free Software.