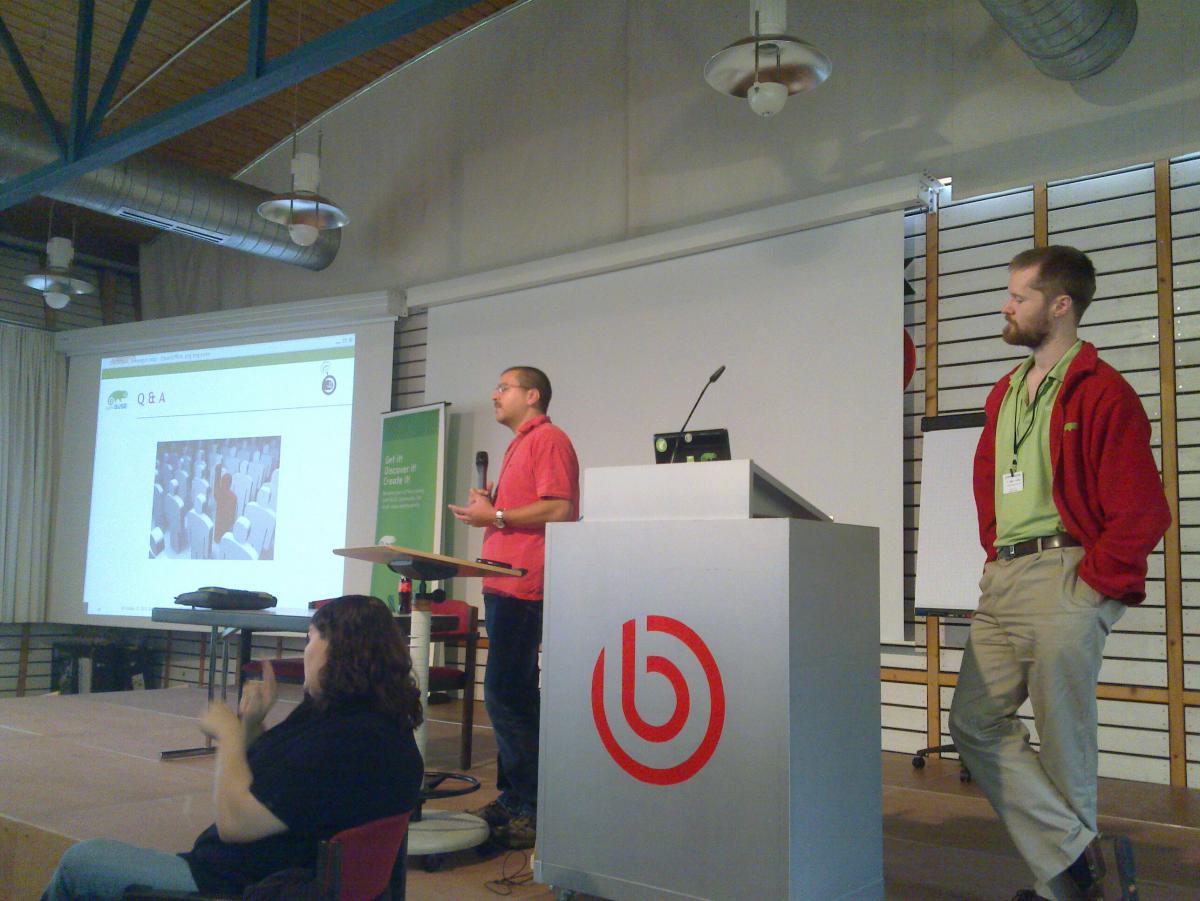 Wednesday at the conference, Smeegol master Andrew “Funkypenguin” Wafaa was given the stage by Michael Meeks who was supposed to talk about MeeGo. Meeks claimed that he’d rather have someone on the stage who actually knew what he was talking about, hence Andrew had to explain himself to the audience.

What is special about Smeegol

According to Andrew he developed Smeegol in part because he thought he could do better by building upon openSUSE. openSUSE has a real ‘open’ builservice, where anyone can easily contribute code and improvements to the packages where MeeGo has a much more closed development process. Moreover, openSUSE offers a whole ecosystem of services like a wiki and a bugtracker; and more importantly, openSUSE has a huge community of experts in a variety of area’s who can answer questions and contribute solutions to the many issues that MeeGo faces. Andrew has, for many applications and components in Smeegol, taken advantage of existing openSUSE packages thus offering NetworkManager (which offers proper encryption support, AdHoc networking, VPN etc ) and a more up-to-date Chromium. Andrew also spend considerable time in getting more social networking features to work in Smeegol - like Facebook and twitter.

Building Smeegol was quite a challenge. Few packages have a proper upstream and many are heavily patched. In general, MeeGo is a weird mix of old and new software which is not cleanly separated. Wafaa had to extract the tarballs from the source rpm’s, adapt the specfiles and build the packages anew. The biggest issues Smeegol faces are bugs, lack of good artwork, performance and compatibility. Andrew looks forward to working with new people and he hopes people will be interested in creating the artwork, updating packages and providing him potentially with a good new name.

If you want to get involved - just go and talk to him. His nick is funkypenguin on IRC - he usually hangs out on #opensuse-project on freenode.