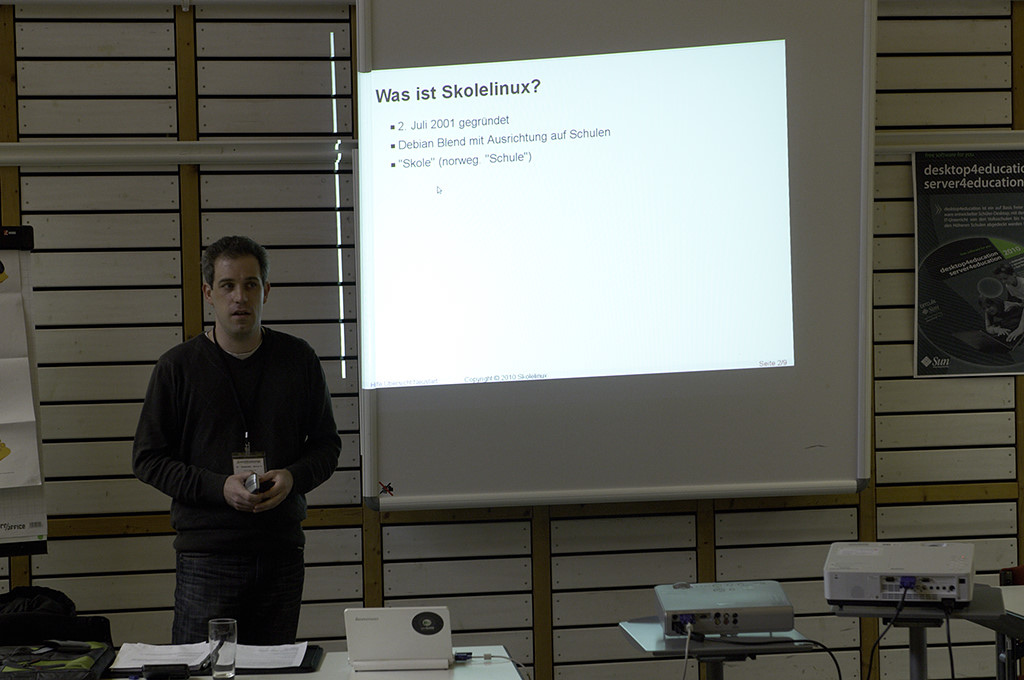 At the openSUSE conference almost two months ago a special Educational track on Saturday featured talks about the progress on openSUSE Edu-L.i.f.e, the applications it ships and many other educational topics. The goal of the openSUSE Edu team is to cater for students, educators as well as parents and the software they develop, package and ship has everything required to make computers productive for either home or school usage.

At the conference over 30 people discussed topics including X2go and thin client computing in general, several openSUSE based educational distributions, opsi, a Client Management System for Windows clients based on Linux servers, groupware (including openXchange), PyKota printing accounting software, the KIOSK tool and more.

X2go is based on FreeNX, a remote display server technology providing very good application responsiveness over high latency, low bandwidth links like the Internet. X2go upstream developer Heinz M. Graesing gave a talk about Skolelinux and also gave some insights of his work on X2go. He attended also other sessions, including one by openSUSE’s Michael Kromer about X2go installation, configuration and best practices on openSUSE and SLES. openSUSE is very close to upstream X2go and Heinz came away impressed, asking for the code behind one of the demoed features!

Educational desktops in use

Several demonstrations and talks about linux in schools were given. Besides Skolelinux and Arktur, the Extis GmbH (who also sponsored the Education Flyers sent to the schools in the town and some speakers) showed a business school server (based on SLES11-SP1). And the Desktop4Education project from Austria showed a desktop and server solution based on openSUSE.

The talk from Helmut Hullen, working on Arktur, the oldest Linux school server project (since 1992!) in Germany, shows the enthusiasm of users and developers behind such projects. Arktur is a Slackware based system with a huge community of users. Unfortunately the team developing it has been shrinking and is now down to mostly one person, but they work together with Heise, a German magazine, to distribute copies and information about Arktur. 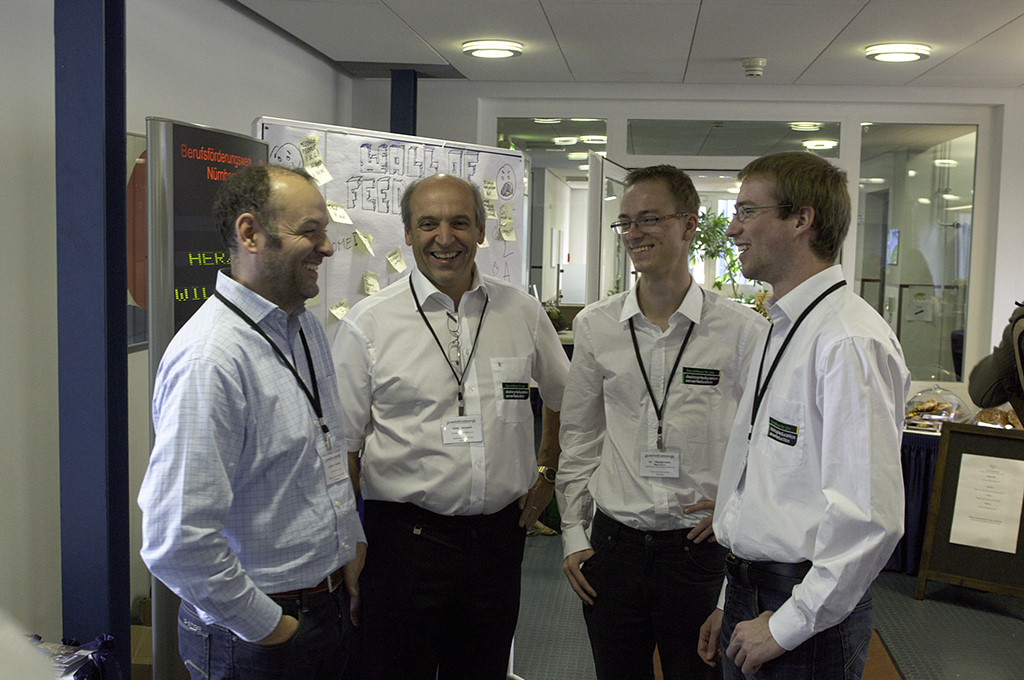 Then there was a talk about opsi, a Client Management System for Windows clients based on Linux servers. Unfortunately no opsi developers made it to the conference - we hope to do better next year. But their project is one of the major requested features for current school servers and the openSUSE Education team has already some connections to them. One result are that opsi packages are now available for openSUSE (and other distributions) in the Build Service.

Of course the meeting was not one-way. Besides the many discussions which developed during and after the talks among the visitors, several teachers gave talks about the infrastructure at their schools. This provided very valuable feedback to the developers. An interesting insight was the usage of Groupware on schools. Schools do not make heavy usage of email but they definately need tools like document management tools, forums and things like that. There currently are no really good all-in-one solutions for schools specifically, unfortunately.

Another issue for teachers is the English-oriented nature of the Free Software community. Many of the teachers in Germany don’t speak English that well which makes it harder for them to find documentation, ask for help or contribute. This sometimes leads to them sharing patches among themselves but not with upstream, or local forks of applications and tools. This is a rather unfortunate thing and the openSUSE team at the conference offered to act as an interface between the international and the local German communities.

It was interesting to hear what infrastructure schools use. OpenVPN is used a lot and another tool which was discussed was PyKota, a set of print accounting software and related utilities and libraries under the GPL. The openSUSE Edu team started working on patching and integrating PyKota right away and it will be available on OBS and in the next openSUSE Life release!

Last year’s conference resulted in the setting up of the German/English linux-for-education.org website on request of the Edubuntu team. There are over 50 courses on this site already and more are on the way.

The team expressed the hope that next year they would have more up-stream projects like the GNOME and KDE edu teams at the conference, as well as an even wider and larger number of topics and talks.

All in all, the Educational track at the openSUSE conference 2010 was extremely successful and the team has a lot of work ahead to integrate all the results!