I’m 32 and live in the Boston area. I’ve been working on Linux since 1999 and with SUSE since 2000. I started working with Linux by just hacking on small things and then moving on to specialize in file systems. These days I lead one of the SUSE Labs kernel teams, still focus on file systems, but also am involved in the technical leadership for the kernel in all SUSE and openSUSE products.

Tell us about the background to your computer use.

My parents bought an Apple IIC in 1986 or so, and I started hacking around in BASIC. As I grew, I found myself more interested in the system level of things. My original university major was electrical engineering before I switched to computer science, but I still took concentrations in system software and computer engineering. I learned about UNIX while at Computer Science House at the Rochester Insitute of Technology in Rochester, NY, and was a systems programmer with the institute’s information services department for a few years. After having some good experiences with clustered file systems, my then-coworker, Chris Mason, and I decided to try to write one of our own for Linux. Unfortunately, finding inexpensive clusterable hardware in 1999 was pretty difficult so we had to abandon it.

When and why did you start using openSUSE/SUSE Linux?

1999, when Chris was hired by SUSE to work on file systems. At the time I was using Mandrake, and switched to support his new gig. These days I pretty much always run Factory on my workstations.

When did you join the openSUSE community and what made you do that?

I’ve been with SUSE since 2000, so it was a natural progression when SUSE Linux turned into openSUSE.

In what way do you participate in the openSUSE project?

I maintain the kernel releases and handle most of the security maintenance for them. I also stir up some discussions that I feel need to happen surrounding other areas. I also help drive the goal of transparency on the Novell corporate side of things.

What especially motivates you to participate in the openSUSE project?

I believe that openSUSE is technically superior to the other community Linux distributions available and want to make it the most widely adopted Linux in the world.

What do you think was your most important contribution to the openSUSE project/community or what is the contribution that you’re most proud of?

I’m pretty proud of maintaining the kernel for openSUSE.

When do you usually spend time on the openSUSE project?

Most of the time? :) Since I’m fortunate enough to be able to work on it as part of my regular job, I put quite a bit of time into it.

Three words to describe openSUSE? Or make up a proper slogan!

What do you think is missing or underrated in the distribution or the project?

openSUSE 11.4 actually addressed my biggest complaint: Things like video and audio didn’t work well without having to manually configure a bunch of external repositories. The 11.4 release fixed that so that most things work out of the box. I’d also like to see better tools for automatic bug reporting. At least with Kernel bugs, nearly every single one starts with asking for the same information.

What do you think the future holds for the openSUSE project?

The 11.4 release numbers show that openSUSE is regaining popularity. I’d like to see this trend continue as a vibrant community grows around it.

A person asks you why he/she should choose openSUSE instead of other distribution/OS. What would be your arguments to convince him/her to pick up openSUSE?

It really depends on the person. The 11.4 release has many more things that just work right out of the box. For users, it’s easier. For developers, the build service makes developing cross-platform apps that much simpler.

Which members of the openSUSE community have you met in person?

Most of the ones who work SUSE as their day jobs. I haven’t had many opportunities to meet the rest of the community yet.

How many icons are currently on your desktop?

What is the application you can’t live without? And why?

Vim. I’d be pretty useless without it. :)

Which is your preferred text editor? And why?

Which computer related skills would you like to have?

I wish I had a better knack for user interface design.

The Internet crashes for a whole week — how would you feel, what would you do?

I’d go backpacking since there’s no way I’m getting any work done that week. :)

Favorite game or console (in your childhood and nowadays)?

Fallout 3. I’m not much of a gamer and this one held my attention long enough that I played it through twice. I love the open world aspect of it and how the character is free to make choices that have repercussions.

Sydney. I’ve travelled a bit in Europe and would really like to visit Australia.

What is your preferred way to spend your vacation?

Being a hugely technical person, I like my vacations to be as far away from technology as possible. I usually go backpacking when it’s warmer out and skiing when it’s not.

There’s a thunderstorm outside — do you turn off your computer?

I switch to my notebook if the storm is bad enough.

Have your ever missed an appointment because you forgot about it while sitting at your computer?

Show us a picture of something, you have always wanted to share! 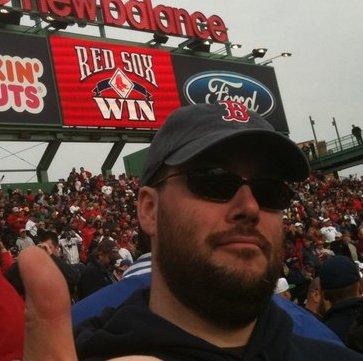