Dear contributors, friends and fans: The latest release of the openSUSE distribution, version 12.3, is ready for you! After six months of hard work, we are happy to bring you the best mix that Free and Open Source Software has to offer with our unique green sauce - stable, friendly and fun.

As this was a shorter-than-normal release cycle, much attention went into the details so we can now give you a quality packed product. This release of world’s most powerful and flexible Linux Distribution puts the finishing touches on our boot infrastructure and package management, a bright polish to your desktop and a touch of cloud for your server.

Finishing touches openSUSE 12.3 finishes the integration of systemd and delivers a better system log experience with journald. Reliable graphical package management tools and a new theme bring a consistent experience from boot to desktop. The 1GB live images are now optimized for USB sticks and the ARM team has stable openSUSE 12.3 ARM v7 and experimental ARM 64bit images ready for this exciting architecture. 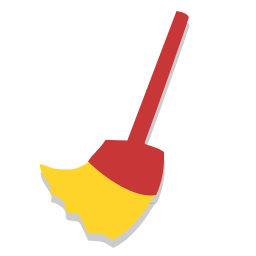 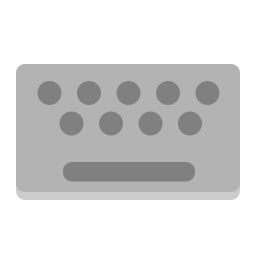 New Features 12.3 brings new technologies to users with the inclusion of PostgreSQL 9.2 which comes with native JSON support (noSQL style). We’ve moved over from MySQL to MariaDB as default. This is the first openSUSE release with a complete OpenStack “Folsom” for cloud fans and this release debuts the E17 desktop and the Sawfish and awesome window managers.

Moving forward openSUSE moves forward with the inclusion of updated applications. DigiKam 3.0 comes with much expanded abilities for batch processing of images and new and improved filters & plugins; the major PIM applications received updates with Evolution now having an automatically updated search folder and spell checking all over while Kontact’s quick filter searches the full mail bodies and has an improved composer. Development tools like KDevelop, monodevelop and valgrind got preliminairy Android support; Development libraries like GTK3 and KDE Development Platform are included with new releases. This release also brings proper UEFI support for x86_64 hardware and experimental support for Secure Boot enabled hardware.

„We're very proud of openSUSE 12.3 as  a stable and current operating system, also we are looking forward to the openSUSE Conference in Greece this summer, where we can celebrate its release and continue working towards the future of Free Software.”

KDE KWin brings openGL in most virtual machines and per-monitor support for color management. Also introduced are better printer management with a new and smarter printer wizard and a reworked update manager Apper (0.8) which shows and describes untrusted packages and automatically downloads packages in preparation for review. See this great introduction to Plasma Desktop on openSUSE 12.3.

GNOME GNOME 3.6 includes smarter notifications including a redesigned Message Tray, the activities overview and the Nautilus file manager received an improved layout and a new Lock Screen which provides an attractive view when the device is locked, plus handy functionality like media controls. See the great GNOME3 in 30 seconds videos on youtube.

XFCE, awesome, Enlightenment Other desktop improvements include an updated XFCE which brings a tabbed Thunar file manager with improved bookmark handling and extensive performance improvements and a quake-style drop-down mode in xfce4-terminal (0.6.0) which keeps a running terminal around that can be quickly accessed through a keyboard shortcut. New in openSUSE 12.3 is awesome, a highly configurable, next generation framework window manager for X. It is very fast and extensible and primarily targeted at power users and developers. Enlightenment 17, also known simply as E, is a stacking window manager for the X Window System which can be used alone or in conjunction with a desktop environment such as GNOME or KDE.

Virtualization Virtualbox 4.2 brings support for limiting network IO bandwidth, improved 3D performance and better network device support. The KVM and Qemu updates to 1.3.0 vastly improved the USB stack with mass storage device and USB3 support as well as MSI/MSI-X support for the XHCI controller. This release includes the first major release of Boxes, an application for using remote systems and virtual machines. It offers a pretty and simple interface for handling any number of connections using Spice as protocol, featuring auto-detection of Virtual Machine format and a variety of other conveniences in a pretty interface. 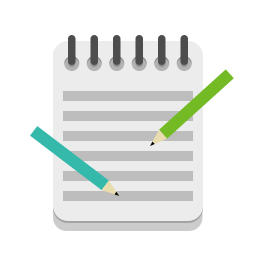 Databases 12.3 moves from MySQL to MariaDB as default. MariaDB was first shipped with 11.3 back in 2010 and over the years proved itself. Native JSON support was added to PostgresSQL (9.2), it provides an efficient mechanism for creating and storing documents for web APIs. Range Types allow developers to create better calendaring, scientific, and financial applications. 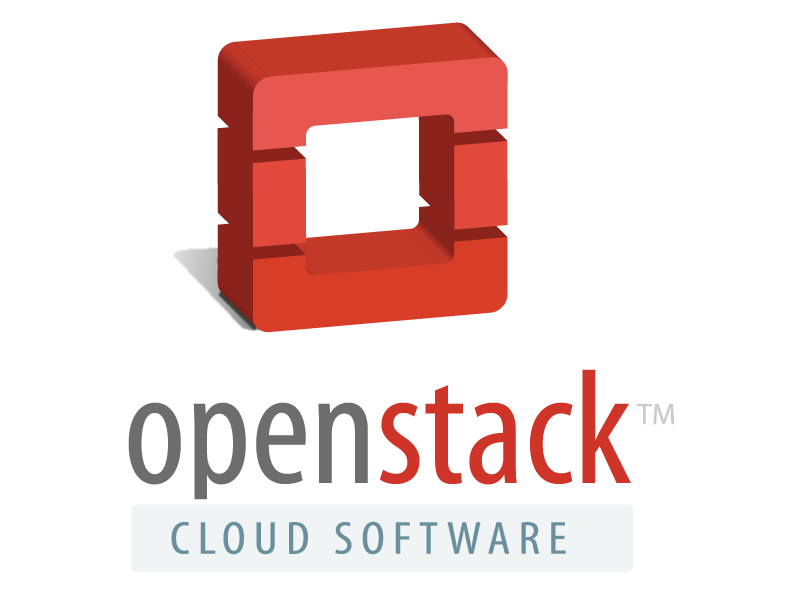 Cloud 12.3 is the first release of openSUSE to feature complete packages for OpenStack, the leading open source cloud computing platform. We now ship all the tools needed to setup and communicate with a cloud on your system or via an API remotely.  On top of that, packages for Grizzly (next release of OpenStack due in April) are already being worked on and will be available for 12.3. 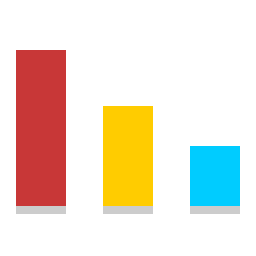 IDEs and tooling Anjuta (3.6) with git integration improvements. QtCreator (2.6) with ‘Kits’ offering settings for which device type to develop for. KDevelop (4.4) introduces a new welcome screen which helps you to get started with a project in an intuitive way. New in 12.3 is the Fossil Distributed Version Control System, which offers a number of unique features like distributed wiki, bugzilla and blog functionality; autosync mode to reduce pointless forking and merging; and a build-in web interface. 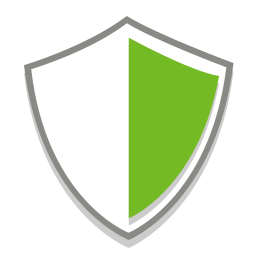 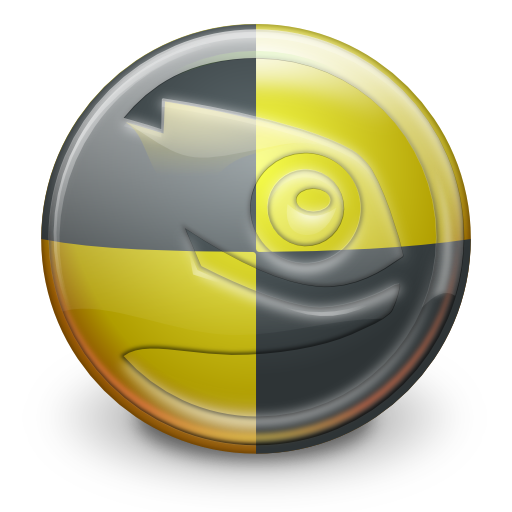 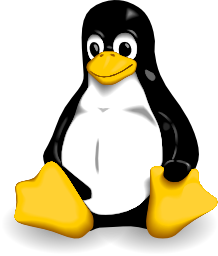 Kernel Linux 3.7 offers a wide range of improvements, varying from bugfixes to performance enhancements and the usual steady stream of new hardware support. A few highlights: 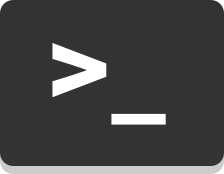 Live Media The KDE and GNOME live images are now designed to be written to, booted and installed from a USB disk rather than a CD; consequently, they are now about a GB large each. They are now also more feature rich and include: 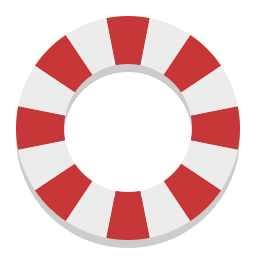 Rescue CD 12.3 now ships an XFCE based Live CD designed to provide a lightweight and effective environment and powerful applications for recovering lost data, backing up existing data, editing disk partitions and accessing the help channels of openSUSE. Among others, it provides the following applications: 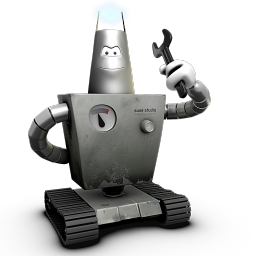 SUSE Studio SUSE Studio users can expect availability of openSUSE 12.3 right from the release date, and support for upgrading existing appliances shortly after. This means it will be possible to easily create your own operating system for the cloud, desktop or portable devices based on openSUSE 12.3 with a custom package selections, artwork, scripts and any other properties. You can share your appliance or also browse other’s shared appliances on SUSE Gallery.

„6 months of open collaboration by our international Free Software community has once again resulted in a awesome product. It is great to see openSUSE again bring a stable but not outdated product to its users.”

As usual, this release will continue to receive bugfixes and security updates for at least 2 release cycles + 2 months. Currently, openSUSE 13.1 is scheduled in about eight months.

For an even more detailed feature guide visit opensuse.org/12.3.

Downloads of openSUSE 12.3 can be found at software.opensuse.org/123

Users currently running openSUSE 12.2 can upgrade to openSUSE 12.3 via the instructions at this link. Users who have a properly set-up Tumbleweed setup will automatically migrate to the new release without any additional effort!

Check out ARM images at the ARM wiki. Experimental ARM64 images are already available, stable 12.3 based images are there and will receive full maintenance alongside 12.3.

12.3 represents the combined effort of thousands of developers who participate in our distributions and projects shipped with it. The contributors, inside and outside the openSUSE Project, should be proud of this release, and they deserve a major “thank you” for all of the hard work and care that have gone into it. We hope that 12.3 is the best openSUSE release yet, and that it will help to encourage the use of Linux everywhere! We hope that you all have a lot of fun while you’re using it, and we look forward to working with you on the next release!