After GNOME 2.x passed the torch to GNOME 3, a lot of people started to wonder what is the perfect graphical user interface for them. Many users moved to Xfce, since it offers kind of a similar user experience to the late GNOME 2.x. But for those  still fond of the GNOME 2.x environment, there is a fork of GNOME 2 available, and it’s called** MATE Desktop Environment.** 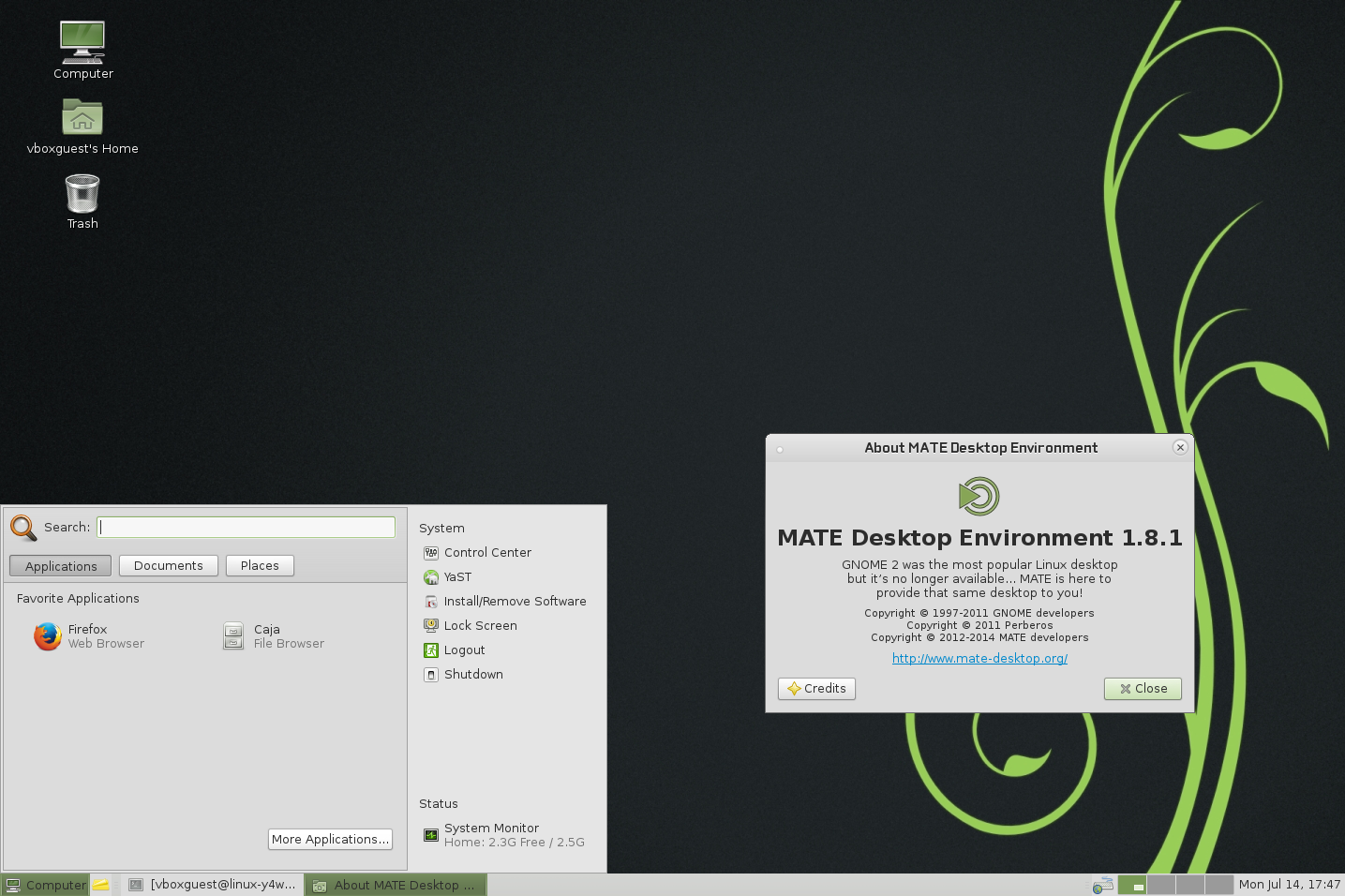 The MATE Desktop Environment fork of GNOME2 was started by an Arch Linux user named perberos (you can read his forum announcement here). The project started by mostly maintaining GNOME 2 packages. Many developers joined the project later on, so MATE Desktop Environment caught on quite successfully, improving vastly in the years past. There are also plans afoot to move to GTK3, wayland etc.

Do you remember the native GNOME applications? MATE Desktop developers renamed them. Here is the list:

And more is yet to come…

The first MATE version available on openSUSE was the 1.6 incarnation, but recently the ever diligent openSUSE MATE team succeeded in adding  MATE Desktop environment to Factory repositories. That means that next openSUSE version, 13.2, will include MATE Desktop officially! 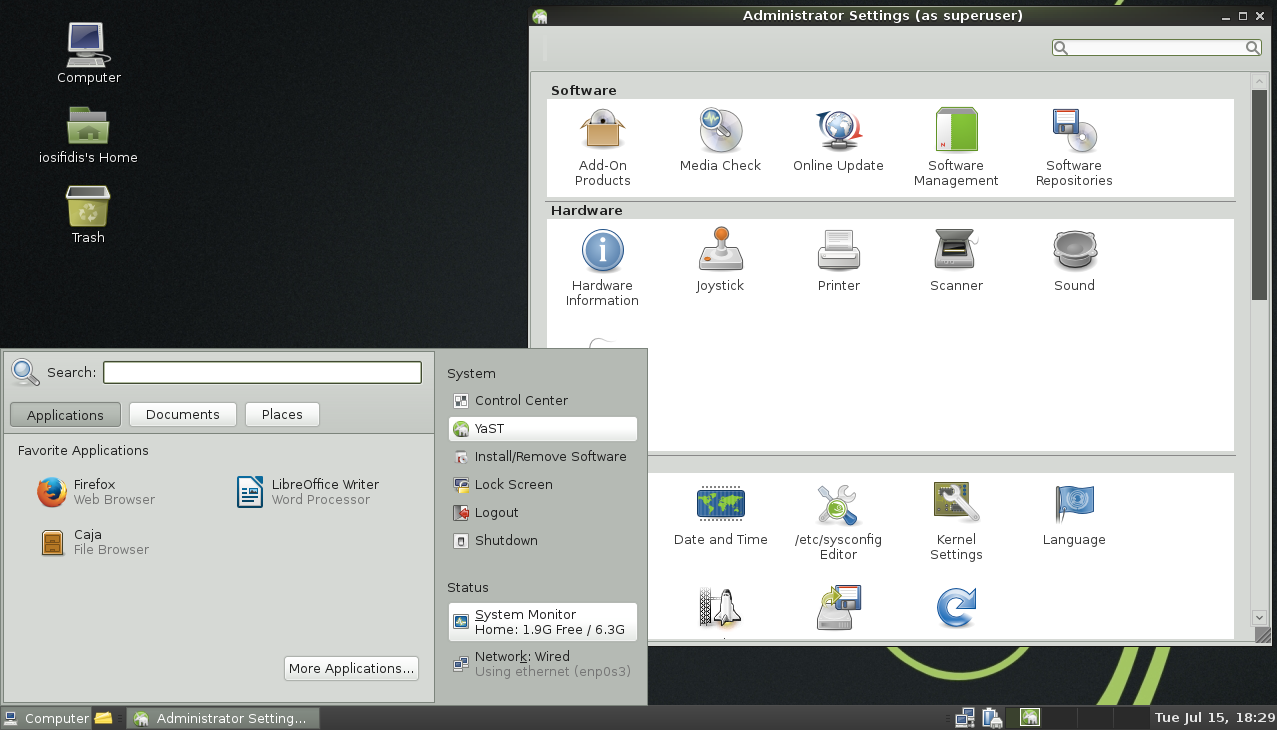 We have changed our repository scheme to avoid people having to change their repositories for each update. Everything is now unified in only one repository, X11:MATE:Current, so you don’t have to go through the repo-changing  hassle every release.

To install MATE, visit our Portal  and utilise the one click install ymp files (simply click on the icons next to the appropriate version).

If you have any questions, please, don’t hesitate to contact us. You can find pretty much all the needed information regarding MATE on openSUSE at: