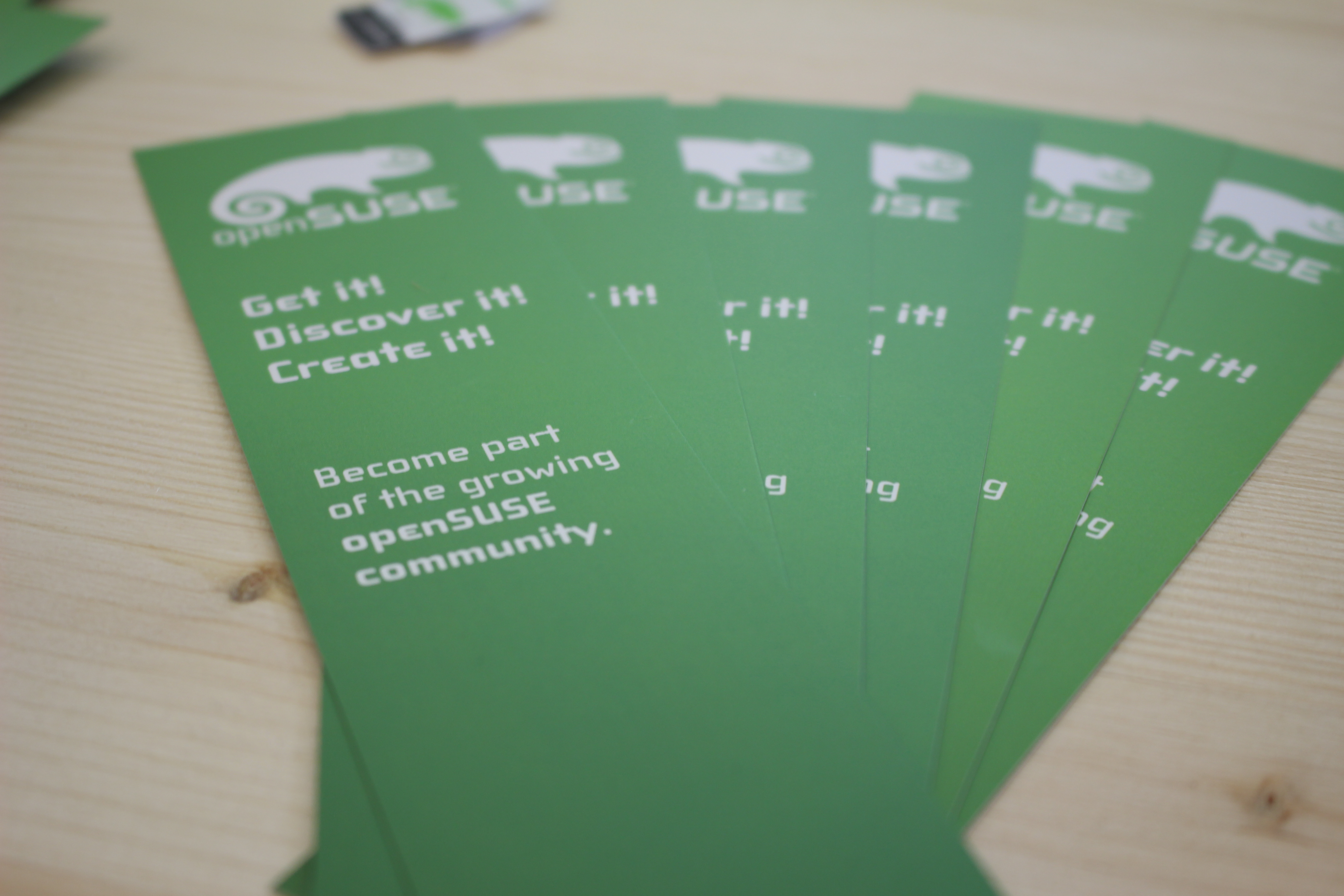 NUREMBERG, Germany (5-Nov.-2014) -  Many Linux user groups throughout Italy met at separate, but collectively themed events on Oct. 25 for Linux Day to promote the use of GNU/Linux and free software. Alexjan Carraturo, a openSUSE advocate, used this year’s Linux Day, which is sponsored by the Italian Linux Society, to promote participation in the openSUSE Project in both Tuscany and Umbria. “openSUSE offers something different and intriguing,” Carraturo said. Not everyone appreciates the value of free software, Carraturo said. One of the greatest satisfactions with promoting free software is the look of surprise people have when they realize that they are not forced to choose only between Microsoft and Apple. “The free software is an alternative that people need, but they don’t yet know they have,” he said. Carraturo believes getting people to try free, open-source software is like getting them to try new food. “It’s a bit like cuisine,” he said. “In Italy, we have a strong culinary tradition. Italians are convinced that there is nothing better than Italian cuisine. This does not mean you won’t try other types of cuisines. openSUSE (and free software in general) is a bit like sushi: it feels strange at the beginning. Once you try it, however, the fear passes, and you get attached to this new flavor. This does not necessarily mean abandoning the old traditions, but adding new ones. People, especially those open-minded, want to know new flavors and engage with new cultures.” Some of the participates for Linux Day were involved with developing and using open source and some stated they were curious about the release of openSUSE 13.2, which was released Nov. 4. For many, openSUSE is a novelty, Carraturo said. The Open Build Service, //openbuildservice.org/, which is used for the development of the openSUSE distribution and to offer packages from other major distributions, amazed many of the attendees, he said. “The high school students were very interested in the possibility of realizing their distribution with SUSE Studio,” Carraturo added.