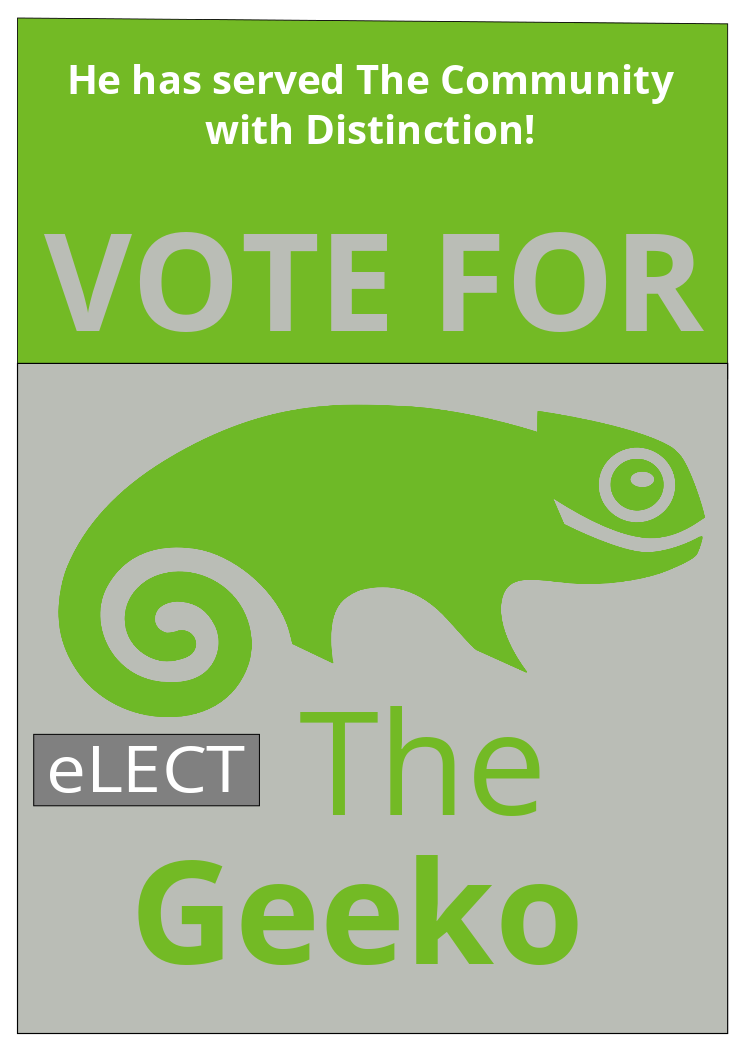 The votes have been cast and the results are in for the openSUSE elections.

There were three seats to be fill this election for a standard two-year (24-month) term :

There were 148 people voting.

The following candidates were elected to the openSUSE Board for a two-year, 24-month term:

Election results, which were finalised last night, are:

Thank you to all the candidates who stepped up to run for election and the all members who cast their votes!