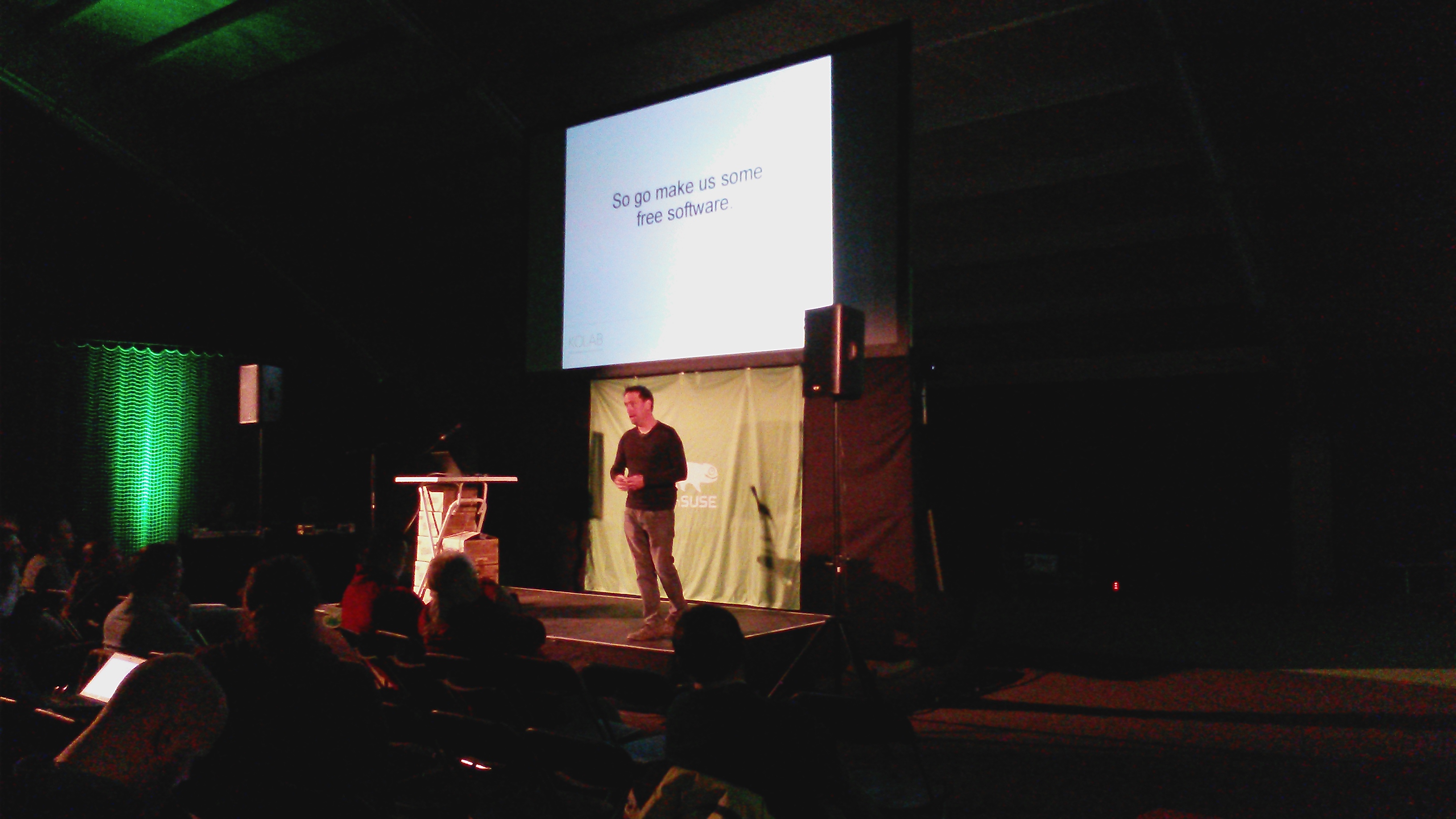 The community kicked off the first day of the openSUSE Conference in The Hague, Netherlands, with tons of exciting news about project.

One of topics was Richard Brown’s “The Future is Unwritten” presentation about building the perfect regular release using new source code from SUSE Linux Enterprise submitted into the Open Build Service. Using this source code, Richard was advocating for a new, more stable and well maintained release with a life cycle of three years or more, which would provide engineering efforts to focus on common elements between SLE and openSUSE.

The other keynote speaker, Aaron Seigo, did not disappoint; he’s a natural public speaker, well spoken and captured the crowd’s attention interest. To put it simply, Aaron is a speaker you not want to miss if you ever have the chance to hear him speak. Aaron spoke passionately about the reasons for using and developing Free Open Source Software. His whole point is that FOSS equates to freedom; freedom from closed-source software that is not transparent.

View the live-stream of the conferences.