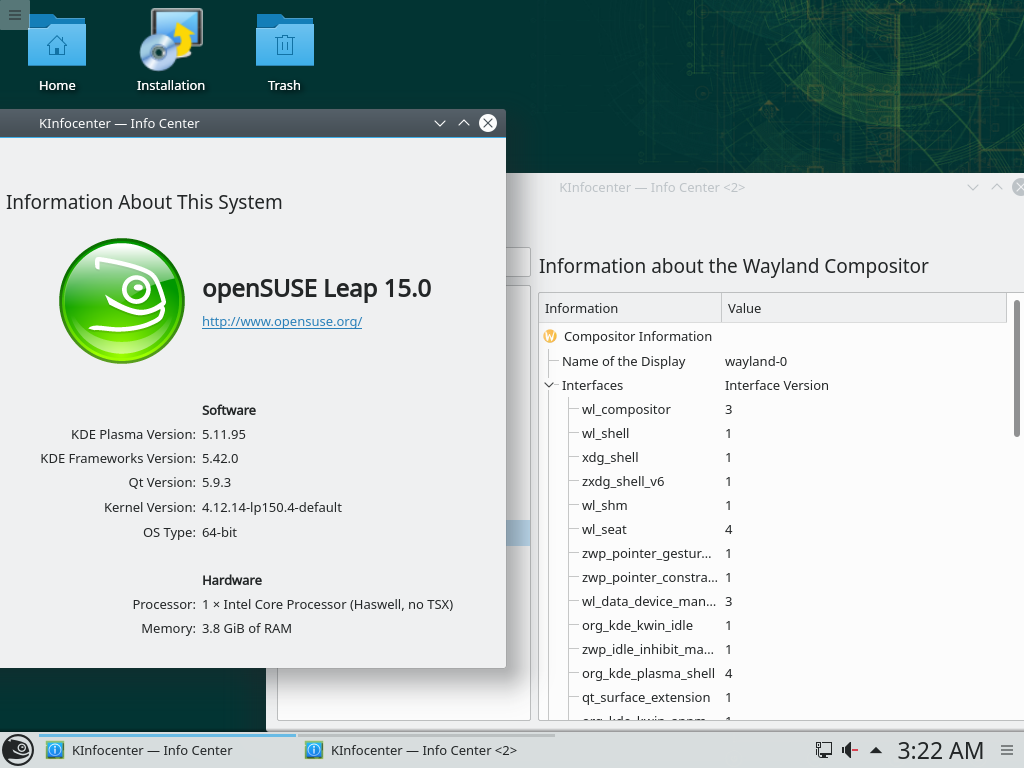 A key point in this new release is that Wayland support was extensively worked on and is now suitable as part of the Long Term Support guarantees. In particular, the Plasma session in Wayland now plays nicer with multiple screens, and has added support for screen rotation and touchscreen calibration. It also gained a new exclusive feature, Night Color, which removes blue light from the screen at night time in a similar fashion to Redshift, which only works in X11.

This means that the upcoming openSUSE Leap 15 will offer a far more complete Wayland experience installed by default. It will just be a matter of selecting “Plasma (Wayland)” in the session list of the display manager before logging in. Nothing will change for Tumbleweed users, which had already a Wayland session available since Plasma 5.4.

The Wayland session has already been tested by openQA as part of the Tumbleweed release process as was mentioned in a previous news post, but now this is also done for live media. So, if you want to test Wayland without touching your existing installation, why not give the live media a try?

As always, have a lot of fun!