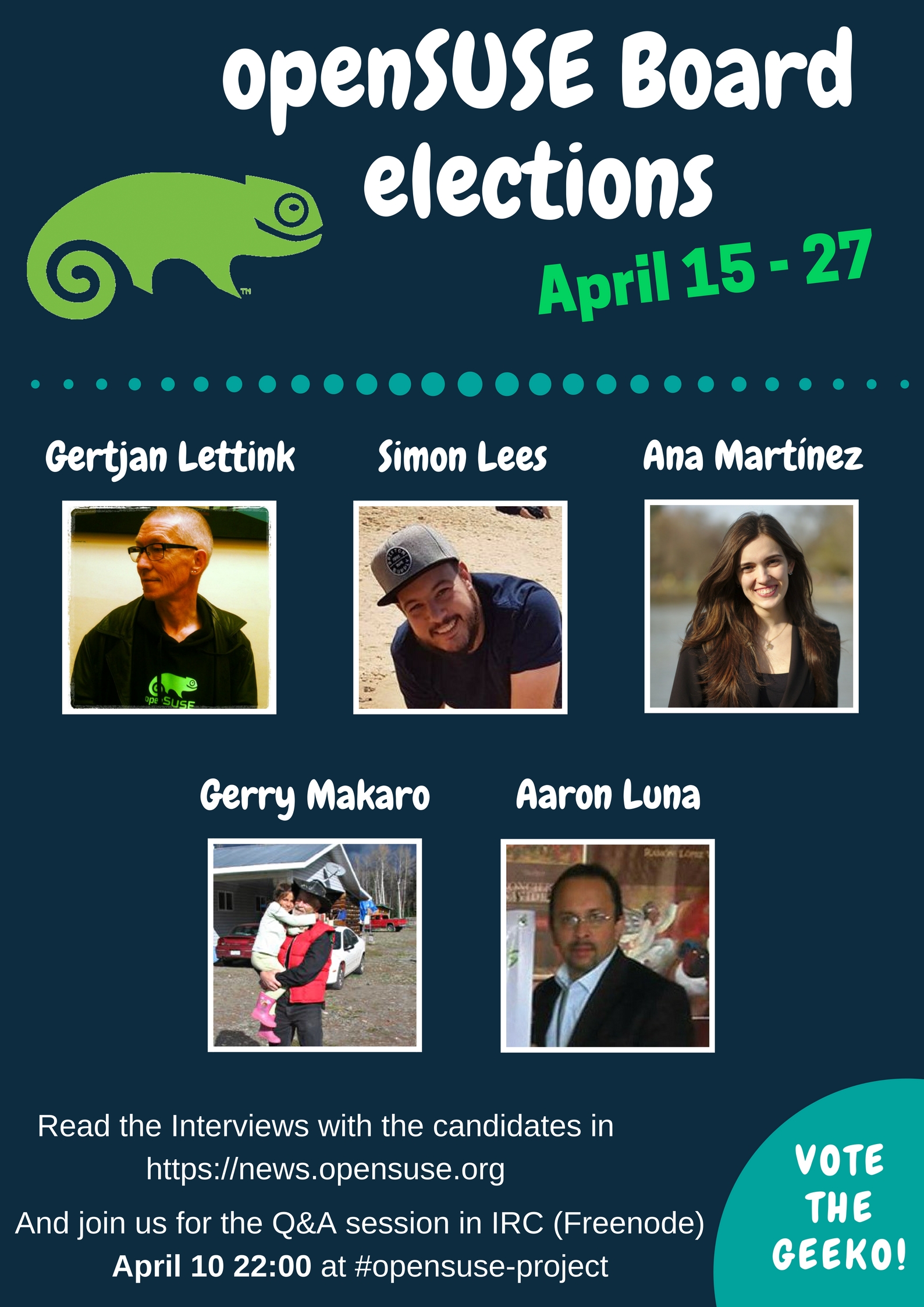 This year’s openSUSE Board elections produced the longest election period in the history of the project.

The four phases of the election, which included an application phase for new membership in phase one, lasted almost two months.

The results of the elections ended in the success of 237 out of 400 people voting in this year’s election, which is a record both in participation percentage (59.25 percent) and in actual voters (237).

This year was the first year the projected attempted to vote through Helios Voting System.

The candidates had several weeks of campaigning and their efforts and voluntary commitment is apprecated.

The results of the elections for 2018 are:

The new electees will now take on the tasks associated with the responsibility of their elected position. All the candidates did a terrific job in communicating their platforms and personal qualities to the the openSUSE community.

There were three seats (Gertjan Lettink ((Knurpht)), Bryan Lunduke and Tomas Chvatal) available for this year’s openSUSE Board elections, which has a standard two-year term.

Bryan Lunduke and Tomas Chvatal, who served on the board from 2016 to 2018, did not run for re-election and Gertjan Lettink (Knurpht), who ran for the board in the 2016 elections, was re-elected to the board.

Their commitment to the project is highly appreciated by the community.