Cast Your Votes While You Can!

Ballots Will Close This Friday for 2018-2019 openSUSE Board Elections 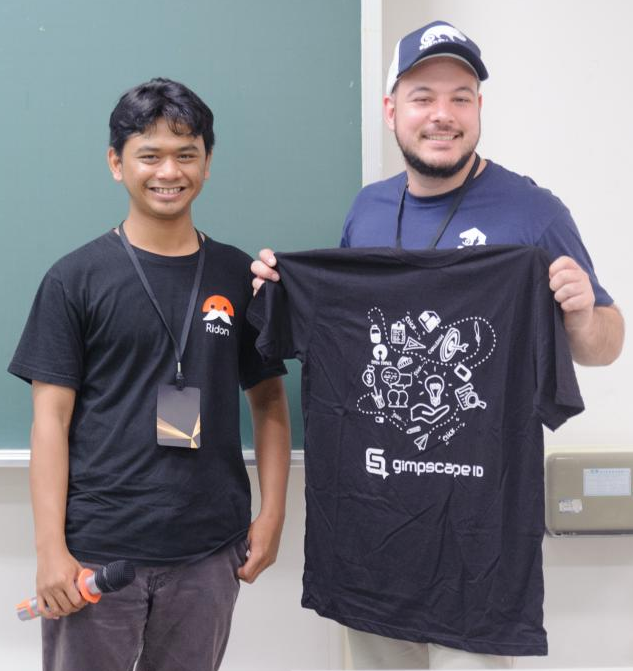 With only a few days left to go in the Board Elections, openSUSE enthusiast Ahmad Romadhon would like to urge all openSUSE Members who have not yet voted to cast their ballots before voting closes Friday, February 15, 2019 at 12h00 UTC.

The Gajah Mada University Indonesian Literature student from Yogyakarta, Indonesia, has contributed a new Poster for the openSUSE Elections with this goal in mind, as a healthy Community depends entirely on the active participation of its Members.

The ballots were sent out last week for the voting process to choose three Board Members in the 2018-2019 openSUSE Board Elections from a total of seven top quality Candidates in the running.

If you are an openSUSE Member, you should have received an email containing the elections url and your credentials to log in and cast your vote. If you did not receive this e-mail, and if you are a qualified Member, you must contact the Elections Committee immediately.

You may cast your vote until Friday, February 15, 2019. You may also update your vote within this time-frame should you wish to do so.  Qualified Community Members may vote for up to three out of the seven candidates whose biographies were published during the course of the Elections Campaign.

Not an Easy Choice, but it is Important to Choose Your Representatives 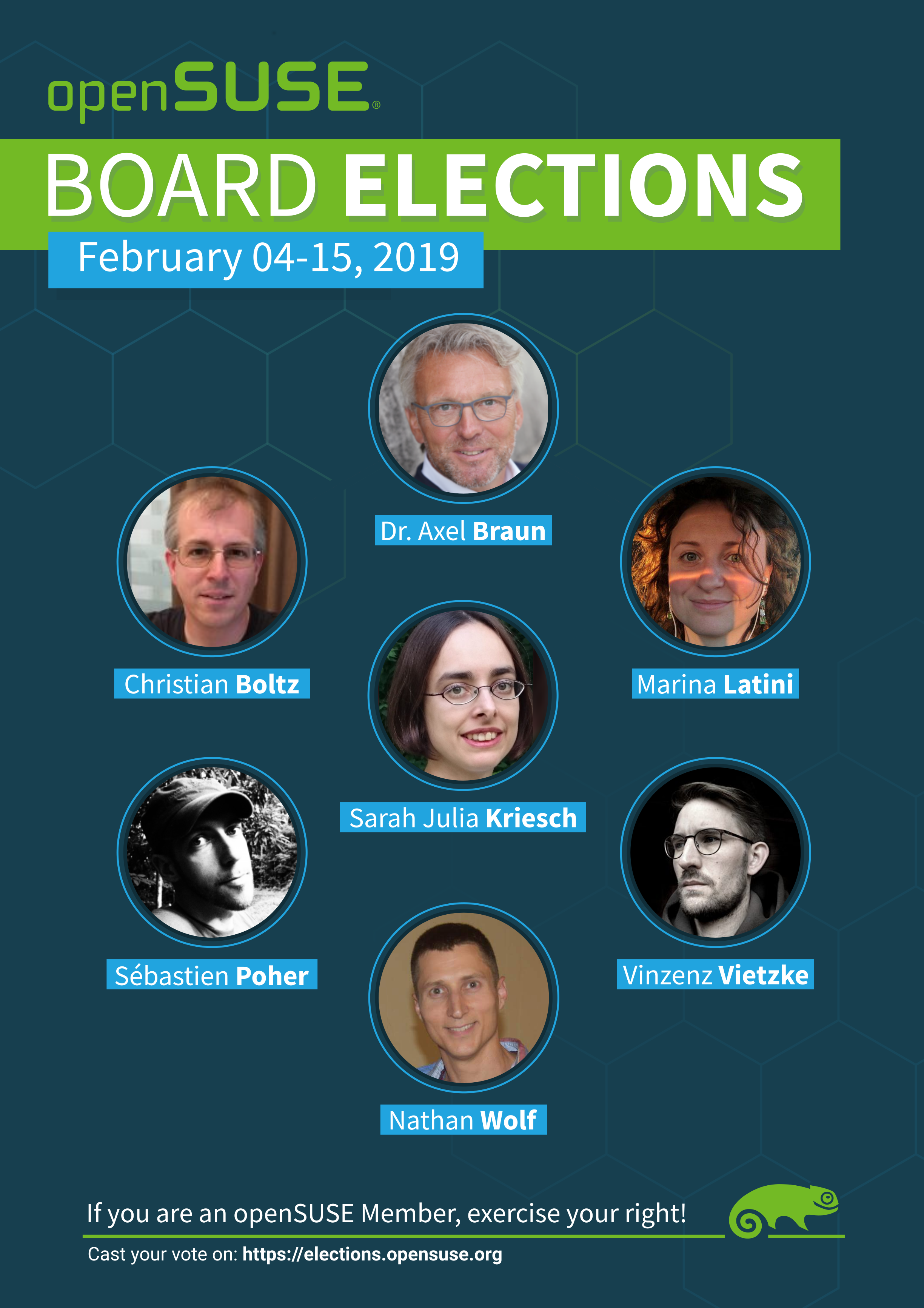 In this year’s Election, the voters are being asked to choose between a superb crop of seven quality Candidates with extensive credentials of Contributions to the openSUSE Project, and they can only select three of the seven, so it will be a difficult choice to make.

The Elections Committee would like to remind all openSUSE Contributors that a healthy Project is only possible if it has a robust roster of Members who participate in the Elections process, and it is especially important they cast their votes.  Only then can the Board be a true representation of what the Community and the Project want to help guide the current and future path of the organization.

This year, the Elections Committee wants to exceed that record, but only you – as an openSUSE Member – can make that happen.

You can find out more about the Elections and the Candidates at the Official Wiki Page.

Tags: board board candidates community Election openSUSE Board Elections