I’m LCP, or Stasiek if you can pronounce that. Just a 20 years old guy from Poland who spends way too much time in front of computers. That’s how all my potted plants end up dead. 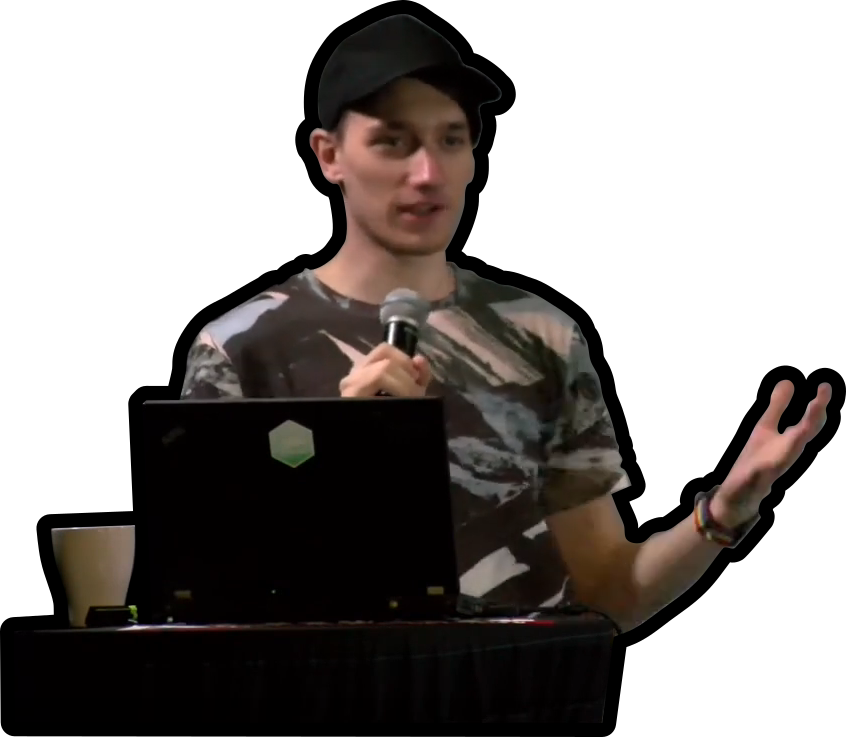 I’ve been using computers for as long as I can remember, playing Solitaire, The Settlers, and other simple DOS games, because that’s what my parents and grandma liked to play. I started with Win95, 98, and 2000, before learning about Linux.

My interest in design was sparked by the original iPhone icons, which I loved. In contrast with my hatred toward the Faenza icon theme, both have fairly similar style yet widely different results. That’s how I began exploring and learned from there.

Correspondingly, my Linux journey started back in 2007 when my dad showed me Ubuntu, and just like what I did with Windows 2000 before, my pastime became installing and reinstalling Linux alongside Windows in different configurations (I apparently was consumed by the concept of installation and configuration, which might explain my YaST obsession?).

Later in 2010, I had a tough time with a machine that wouldn’t take any distro with the exception of openSUSE (although it did end up with a few Linuxrc errors). Besides, I really liked its GNOME 2 config back then; it was really user friendly yet powerful. I gave KDE a shot but to this day I never really liked it.

Contributing, how it all started…

My first contribution was because of my consistent and annoying complaining to Richard Brown on Linux Gaming Discord about the sorrow state of artwork in Tumbleweed. I didn’t like anything there. I, it seemed too dark, too boring; stuff was barely visible due to contrast issues. He pointed me to contribute and make it better then, so I did. Around the same time me and some of other people from Linux Gaming Discord created the openSUSE Discord, and I reused some assets from the Discord to create the new branding.

Even though my main focus has been artwork, I also take part in some coding, translations, and obviously testing. I enjoy all of it in general. It is a great way to make computing easier and more pleasant for other less experienced users.

Actually, to me, my most valuable contribution has been encouraging people to use openSUSE and contribute to it, while doing my best to help them out when needed. Otherwise, I wouldn’t have been able to provide anything on my own because I rely on community to actively help me out with their judgment; just as I do help them out with mine.

Outside of openSUSE I also work on Pixelfed, some Discord distros collaboration (artwork for Fedora and Gentoo discords on top of openSUSE one) and more recently been working on User Interface (UI) design for SuperTuxKart and some custom tiles for OpenSkyscraper in order to replace injecting the EXE file (but gamedev is hard, you know).

One thing that needs more attention in openSUSE?

Libyui-gtk needs more attention. It’s a library that was originally developed for YaST then got dropped, but Manatools still heavily depends on it. Any contribution to the development is encouraged and will help bring it back home.

I don’t play as often as I used to because I’m busy contributing, but I love Minecraft, The Settlers 2 and Solitaire Spider, which its terminal version was my very first open source software project.

Something I can talk about for hours

Recently, it’s been radio buttons. The design we use in UIs doesn’t make much sense compared to the real life equivalent, as opposed to basically every other form element. But at the same time we can’t do much about it… now that people got used to this one. Plus, I don’t see a proper replacement.

A lie about myself