Italian Linux users did an openSUSE Leap 15.2 Launch Party, at the local LUG (it’s called GOLEM, it’s in a small town in central Italy), and Dario Faggioli made a quick report.

We have space outside, so we could do an actual physical event and still respect the social distancing restrictions which are continue to hold here in Italy. 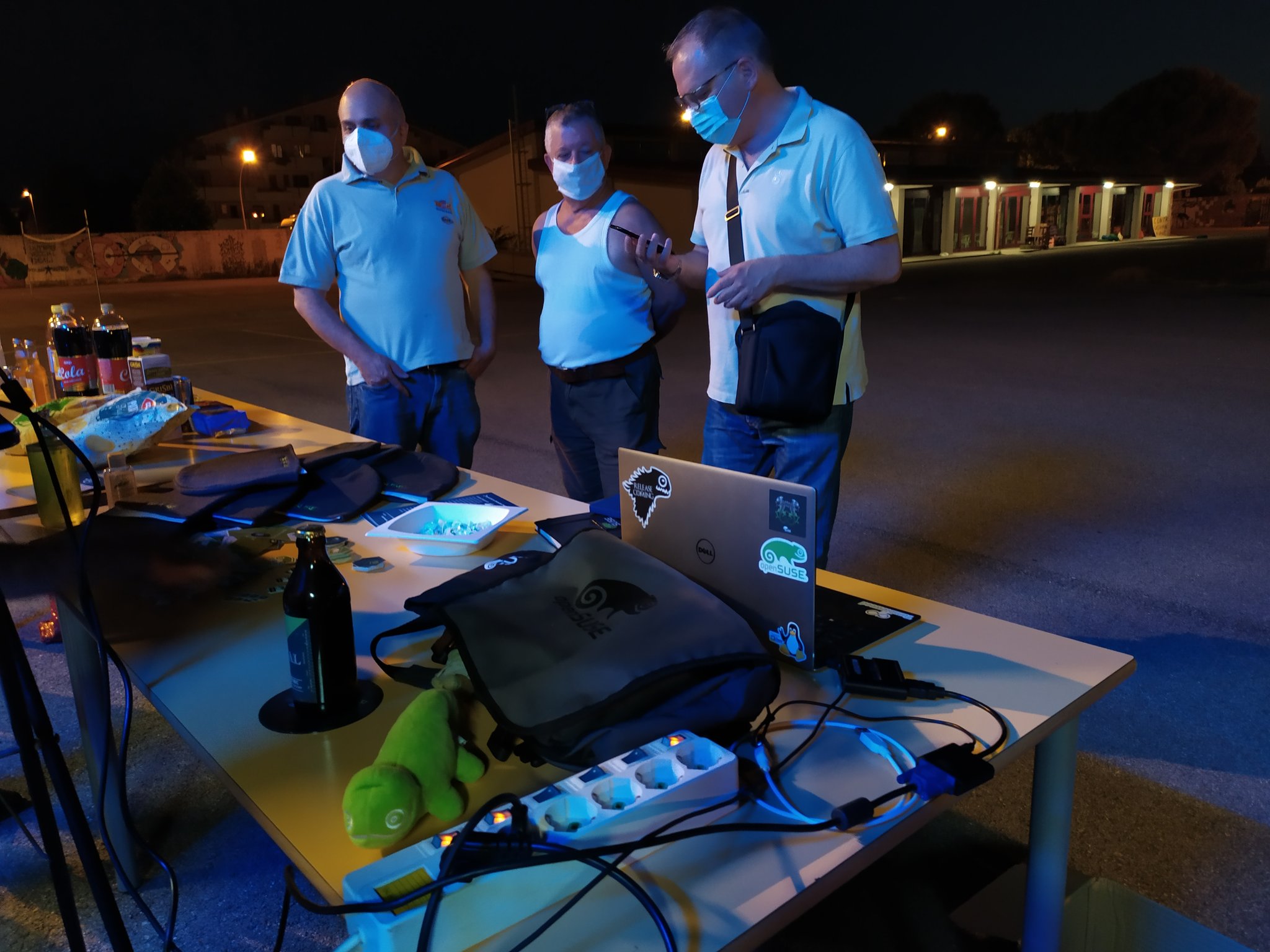 First of all, this meant that I could bring and distribute the super- awesome swags that Doug sent me. And I really want to thank him a lot one more time for shipping them over extremely quickly. They are great and people loved them! 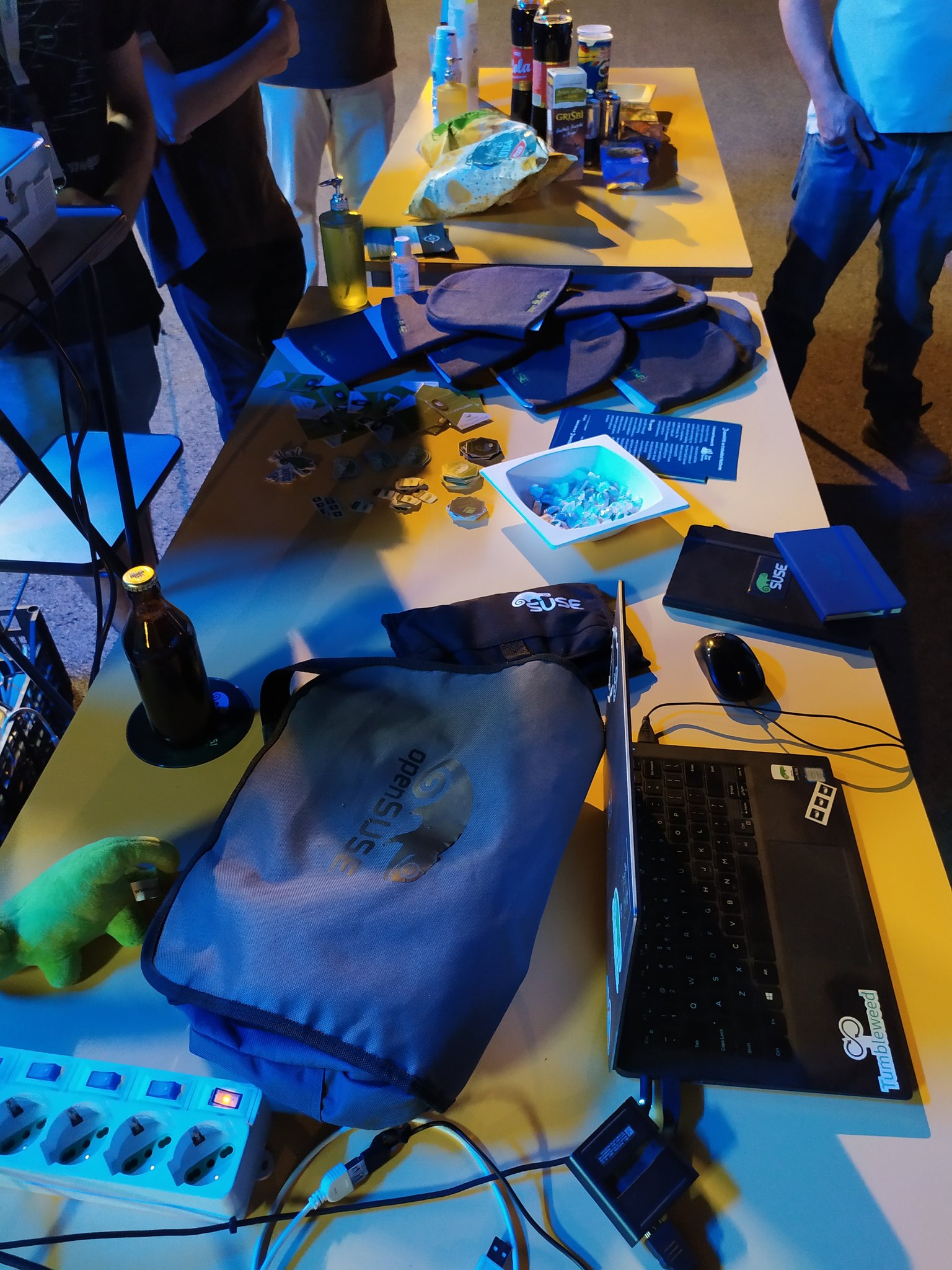 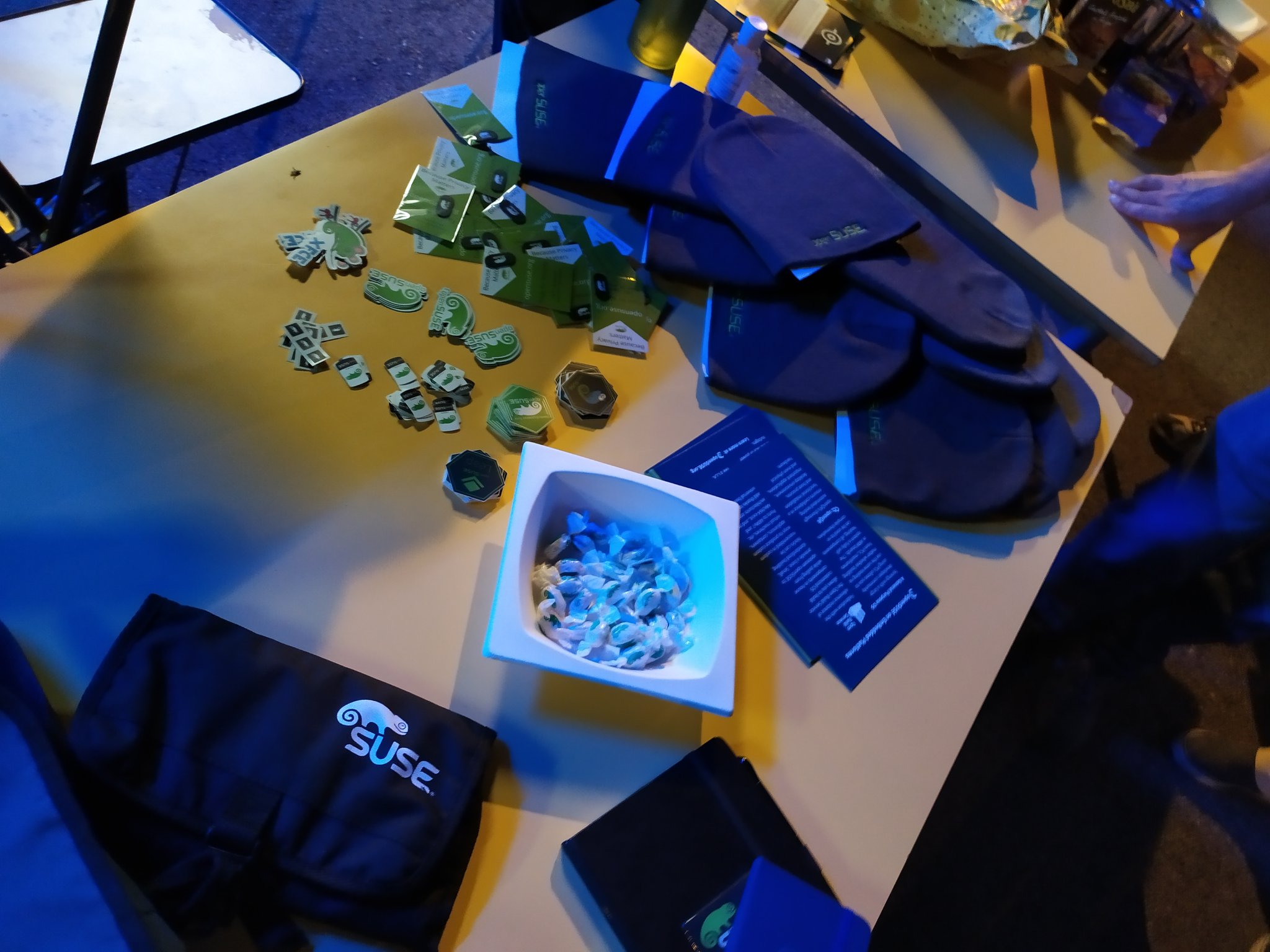 Ah, the event was also recorded, but they still have to let me know whether that worked well or not.

I decided to do a live install as I think our installer is great, and wanted to show it off a bit. :-) In fact, I’ve heard a few times people saying that installing openSUSE is difficult, and I wanted to give it a shot to busting that myth.

I showed how it is possible to install the distro with just a few clicks, which is the opposite of difficult. After that, I went back and explained all the various possible customizations that one can make – but only if she wants to– at each stage.

Feedback on this was extremely good, and I think I’m going to reuse this same approach for other similar occasions.

While the installer was copying packages, there was the time to talk a bit about the characteristics of Leap such as its goals, release cycle, development process, relationship with SLE, etc.

I quickly mentioned the maintenance process, taking advantage of some slides kindly provided by Marina (thanks to you again as well!), and this also was perceived as very interesting.

After the system was ready, I had the time to showcase YaST a little, to explain how to add Packman repos for the codecs and to introduce BTRFS snapshots, snapper and demo a reboot into a previous snapshot and the rollback.

I managed to hint quickly at OBS, but there was only the time to mention OpenQA, and I couldn’t give them a meaningful tour of these two.

People where curious and interested, so I call the event a success.

They asked questions mainly about YaST, BTRFS and zypper. Plus two more, rather specific ones: 1) Why don’t we ship/install multimedia codec by default (even the proprietary and patent encumbered ones), like Ubuntu and even Debian? 2) Why don’t we use an LTS kernel for Leap?

Just to be clear, I’m not actually asking the questions here. :-)

I just felt it would be useful to report this, especially considering that I hear these being asked pretty often, during various events or in various channels or forums.

Anyways, I honestly think the event was a good one, considering that we’re a small LUG from a small place and that we’re still elbow deep inside a pandemic. :-/

And we’re already planning a similar event about Tumbleweed! Not a release party, probably… or maybe yes: I just have to make it coincide with the publishing of a TW snapshot, which should not be too difficult after all. :-P