Half a dozen openSUSE Tumbleweed snapshots have been released since last week’s blog update for Geekos’ favorite rolling release.

Six packages were updated in the most recent 20201202 snapshot. An updated keyring was signed and obsolete documentation macros were removed in the update of mtools 4.0.26, which is a collection of utilities to access MS-DOS disks from GNU and Unix without mounting them. The timing and password encrypting/decrypting package python-scrypt updated to version 0.8.17 and added additional test vectors from Request for Comments. Another PyPI package python-atpublic updated from version 1.0 to version 2.1.1; the package dropped Python 3.4 and 3.5 and added Python 3.8 and 3.9. Someone was excited because the package also fixed the doctests to run and pass, which was highlighted with an exclamation point in the changelog - congrats. The other packages to update in the snapshot were fcitx-qt5 1.2.5, libmodulemd 2.10.0 and perl-Types-Serialiser 1.01.

The first snapshot to arrive this month was 20201201. Three YaST packages were updated; the update of yast2-installation 4.3.22 fixed the full media product selection during the setup. Fingerprint reader package fprintd provided proper hotplug support and authentication now requires a new print to enroll with the 1.90.4 version. Other packages to update in the snapshot were the gaming library for game controllers libmanette 0.2.6, libyui-qt-pkg 2.48.5 and the real-time web application framework perl-Mojolicious 8.66. 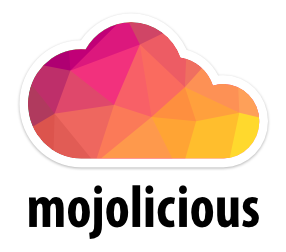 The 20201130 snapshot updated php 7.4.13, which brought several bug fixes including a fix for OpenSSL that had an OCB mode failure. The second update of the Linux Kernel came in the snapshot; the 5.9.11 kernel fixed the arm64 handling of the erratum 1418040 that had prevented a CPU from onlining. The universal messaging library zeromq updated to version 4.3.3 and fixed a Denial-of-Service Common Vulnerabilities and Exposures on CURVE/ZAP-protected servers by unauthenticated clients.

ImageMagick 7.0.10.43 arrived in the largest snapshot of the week - 20201129. The image creator, editor and modifier provided better support for TIFF YCbCr photometric and added support for the FilmLight FL32 image format. The bugfix release for GNOME updated several GNOME 3.38.2 packages including the personal management application evolution, calculator, control center, gnome-desktop, maps and gnome-music, which provided a fix for new songs retrieval when they are added and fixed a playlist sorting crash. Improvements were made to the user manual in the 3.38.1 gedit update. Another text editor, vim, fixed some popup failures in the 8.2.2039 update. Flatpak 1.8.3 made the in-memory summary cache more efficient and fixed an authentication error and authentications that were getting stuck in a loop. Other packages to update in the snapshot were autoyast2 4.3.63, dconf-editor 3.38.2, libostree 2020.8 and vala 0.50.2.

A new major version of Mozilla Firefox arrived in snapshot 20201127. Firefox 83.0 is getting faster and improves page load performance by up to 15 percent, page responsiveness by up to 12 percent, and reduced memory usage by up to 8 percent, according to the project’s release notes. Command-line utility grep 3.6 fixed the GREP_OPTIONS environment variable to no longer affect grep’s behavior. The jhbuild package, which is used to building collections of source packages, updated to version 3.38.0+3. Command line pdf converter qpdf fixed the handful of integer overflows in version 10.0.4 and libX11 bumped up from a 1.6 to 1.7 version because of new Application Programming Interfaces.