In this final Sneak Peeks article we will be taking a look at some of the other improvements making their way into openSUSE 11.0.

openSUSE features the new and latest Firefox 3.0, with the final version distributed through online update. This new version features several improvements to the interface, from user name and password management to changes in the download window. 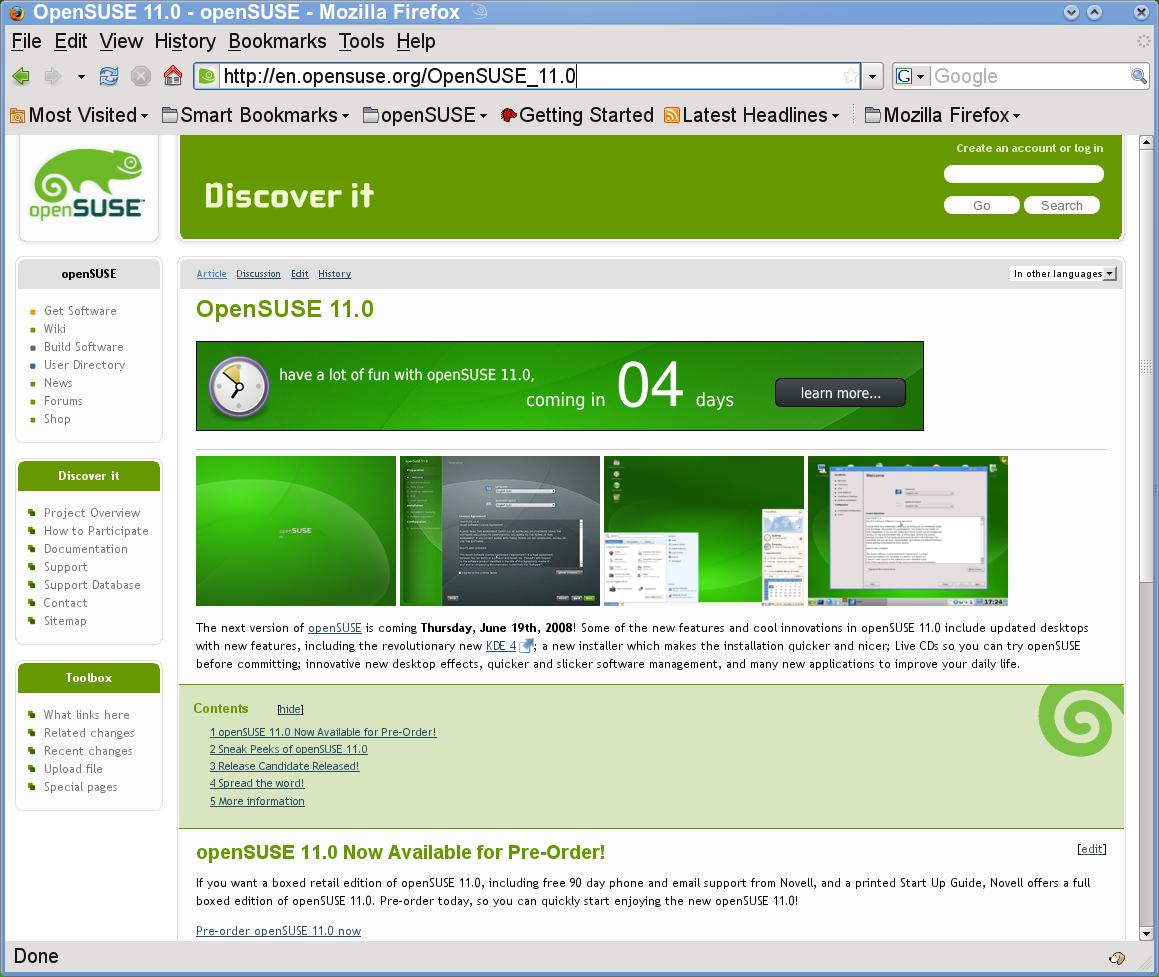 The OpenOffice.org team has been working hard over the last few months to produce the latest 2.4 release. It features a broad range of changes, most famously the new OpenGL Impress effects, giving you a lot of visual eye-candy with animations during each slide change: 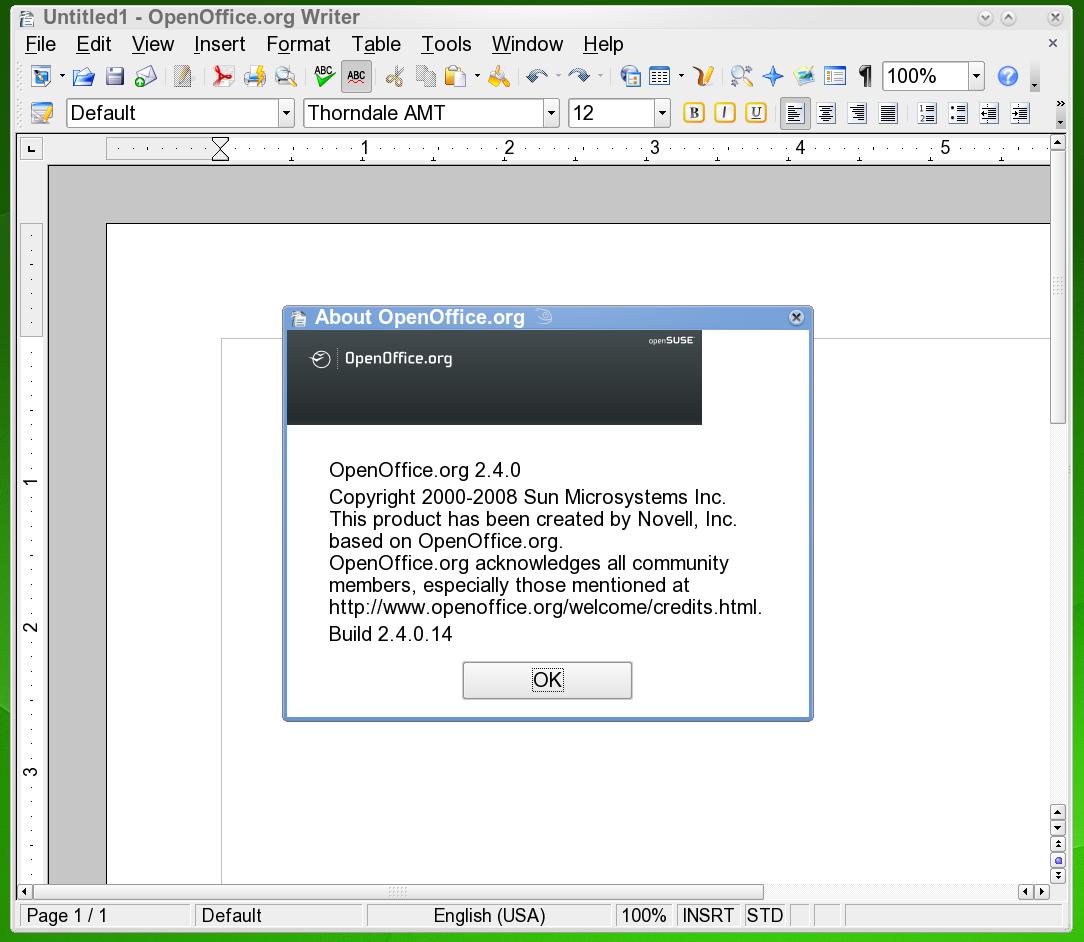 openSUSE 11.0 features the latest Xfce 4.4.2, with a string of new changes including composite effects. 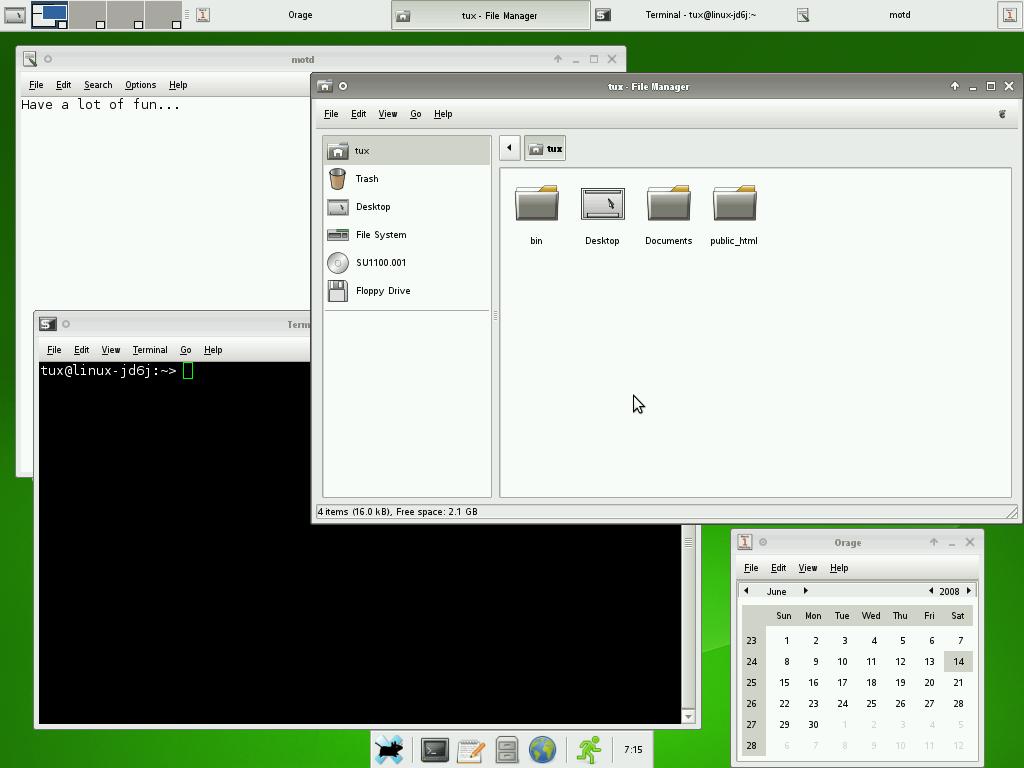 Aaron Bockover and the Banshee team recently announced the availability of the very substantial 1.0 release. It features a broad range of exciting new changes, including video support, speed improvements, a redesigned interface and better integration with Last.fm. 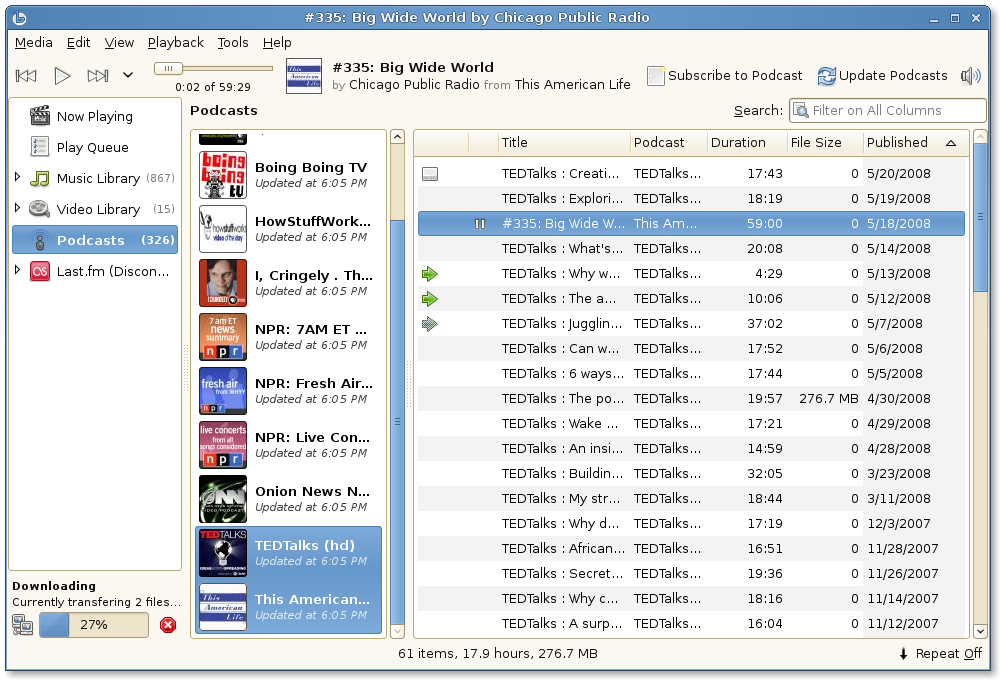 With Wine approaching its monumental 1.0 release, openSUSE 11.0 features 1.0 RC3. Wine has been in development for over 12 years! 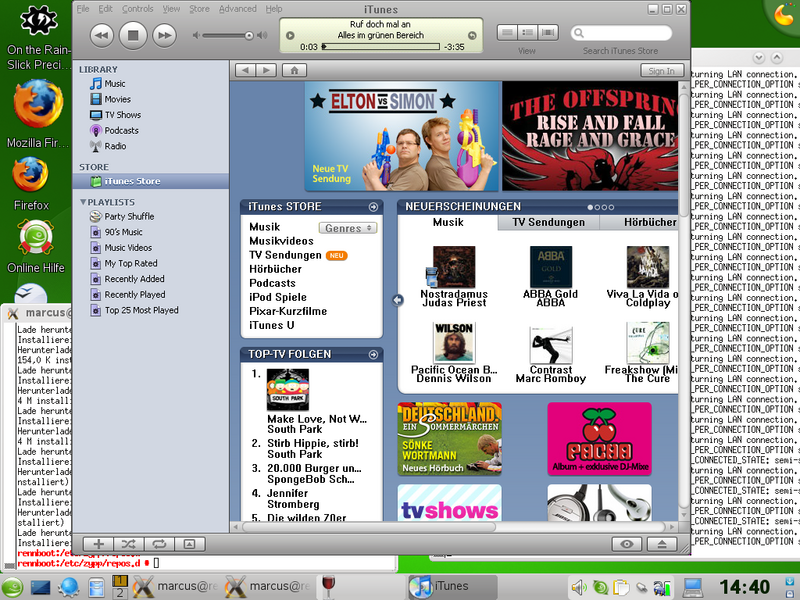 The LTSP5 implementation on openSUSE continues to dramatically improve, with the initial setup taking less than a minute on openSUSE 11.0, even for non-administrators. The final images will be available in the openSUSE Edu build service repository and the upcoming add-on Edu DVD.

With the previous release we saw the addition of Giver - an easy GTK+ file-sharing tool, enabling you to quickly send files to others on the same network as you. With openSUSE 11.0 there is now also a KDE application, Kepas, to perform the same task, with several additional features.

Another nice thing to make its way into the openSUSE Build Service is Command-not-found (for 11.0: 1-click-install), which is very handy for general usage in the shell.

The program ‘dragon’ can be found in the following package(s):

Program ‘ifconfig’ is present in package ‘net-tools’, which is installed on your system.

Please check your $PATH or maybe program ‘ifconfig’ is intended to be run only by root.

After you’ve installed it, see the /usr/share/doc/packages/command-not-found/README file for how to enable it by default.