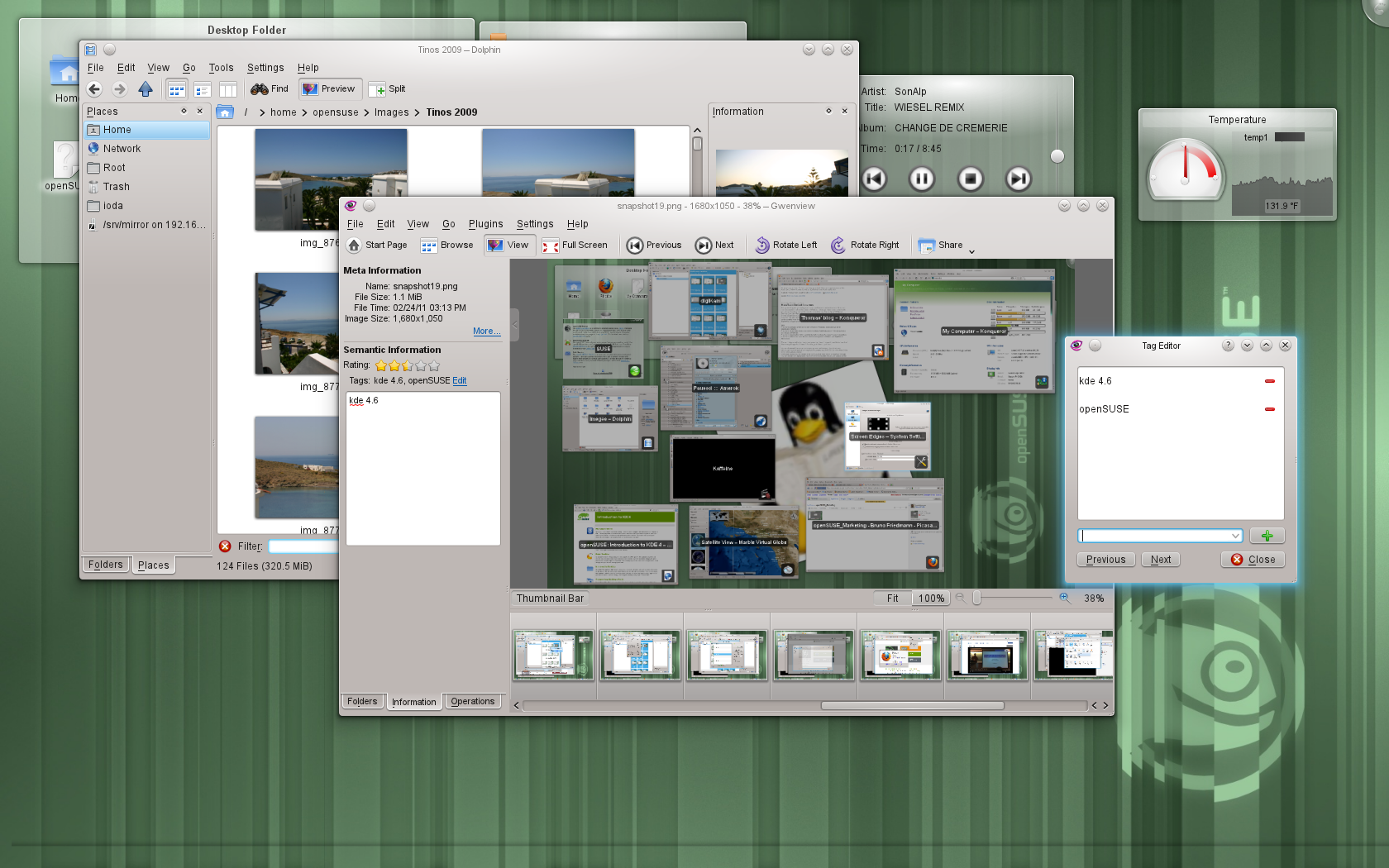 KDE fans must definitely watch out for openSUSE 11.4, which will be the first major Linux distribution to feature KDE’s Plasma Workspaces, Applications and Development Platform version 4.6. This trio of releases by the KDE community brings much better performance as well as many usability and feature improvements all over the place. Upgraders will feel a double dose of KDE goodness, as openSUSE 11.4 brings two major releases’ improvements over the KDE 4.4 shipped with openSUSE 11.3.

On the Desktop or on your Netbook

The Plasma Desktop Workspace, which is openSUSE’s default graphical desktop, introduces several new features. First up is a more intuitive and smarter power management UI and a new Bluetooth stack which makes it easier to share files or use features of other Bluetooth devices such as headsets and mice . Plasma also introduces many improvements to the innovative ‘Activities’ management. Activities allow users to associate applications with tasks which can be saved, stopped and resumed at any time.

For those with less screen estate to spend, the Plasma Netbook Workspace offers an experience more optimized for small screens. Plasma Netbook shows all your applications full-screen with a automatically hiding panel on the top of the screen offering a way to see all your windows as well as closing the current one, starting new applications and seeing the status of your battery or wifi connection. Plasma Netbook 4.6 has become more touch-friendly and much faster than the previous versions. Read more about these and other new Plasma Workspace features in the KDE Plasma 4.6 announcement. 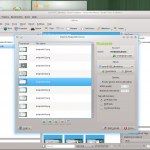 The KDE Applications 4.6 release introduces improvements like a new faceted search as well as non-indexed files search and support for git repositories in Dolphin, the file manager; social sharing of photos to sites like Flickr, Facebook and Picasaweb are now easy to reach from Gwenview, Digikam and KSnapshot.  Developers will appreciate Kate’s new plugins for working with SQL and with GDB.

KDE Games 4.6 marks the return of Klickety, also replacing KSame. Thanks to the KGameRenderer framework, KDE games take on a more consistent look and feel and perform better. Palapeli makes creating jigsaw puzzles out of your own images easier and Kajongg became easier and smarter. 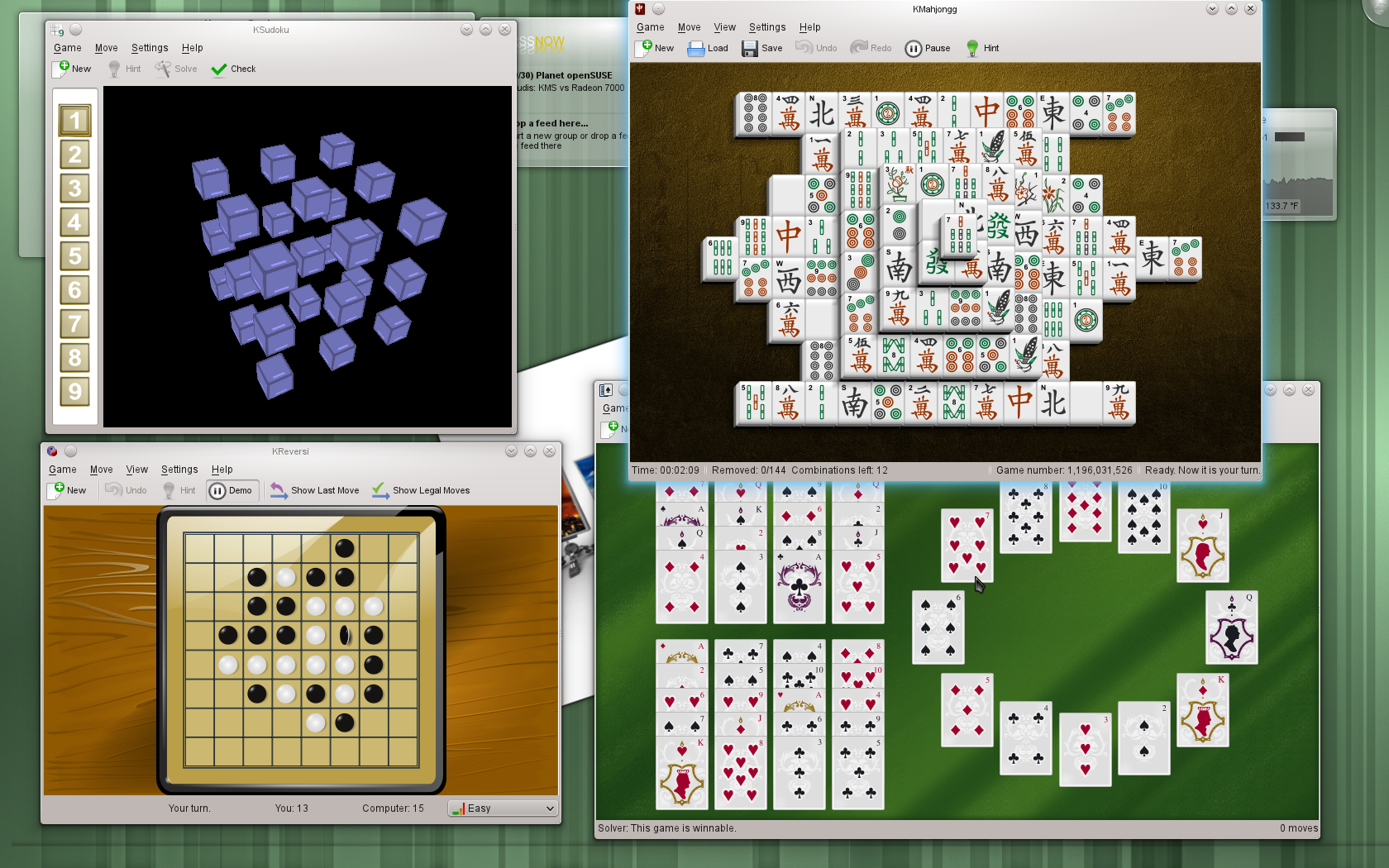 openSUSE 11.4 also ships with many KDE applications not part of the regular KDE Software Compilation releases. This includes the latest KOffice, Amarok and many more. Some highlights include: 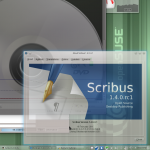 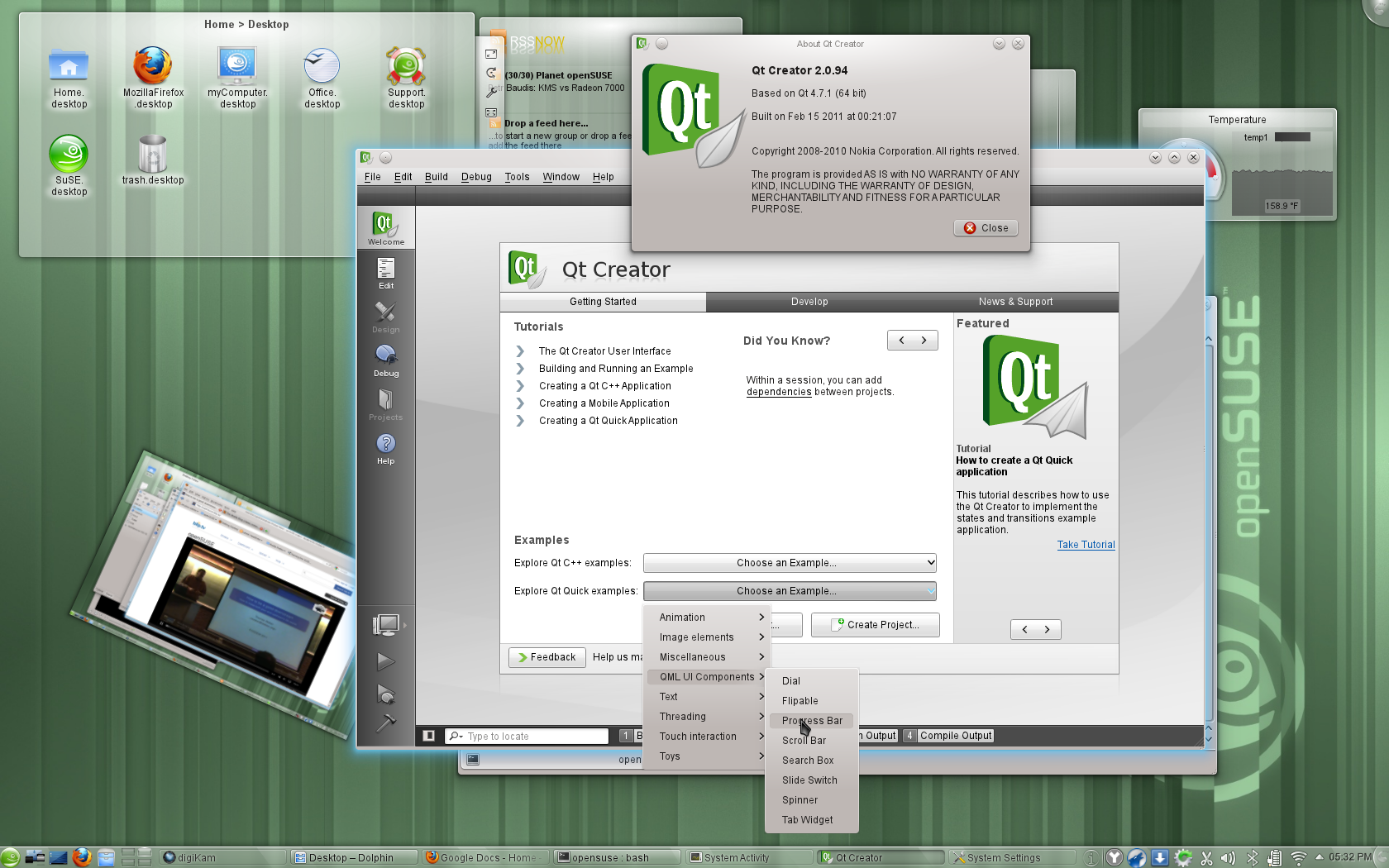 openSUSE prides itself on being a prominent development platform for KDE applications and again offers the latest KDE Platform libraries and tools in openSUSE 11.4. Improvements brought by KDE Platform 4.6 include QML support in the Plasma framework, improvements to Nepomuk and a “Mobile Build Target” for those who want to build a thinner version of the KDE libraries. The toolkit KDE develops its applications and framework upon is Qt, a Nokia product. openSUSE ships the latest Qt 4.7.1 which introduces Qt Quick, the Qt UI Creation Kit. that enables the creation of dynamic user interfaces, easier and more effective than possible with existing UI technologies. With the help of IDE’s like Qt Creator and the powerful build tools like OBS openSUSE offers the best possible Linux software development environment in the Free Software world. 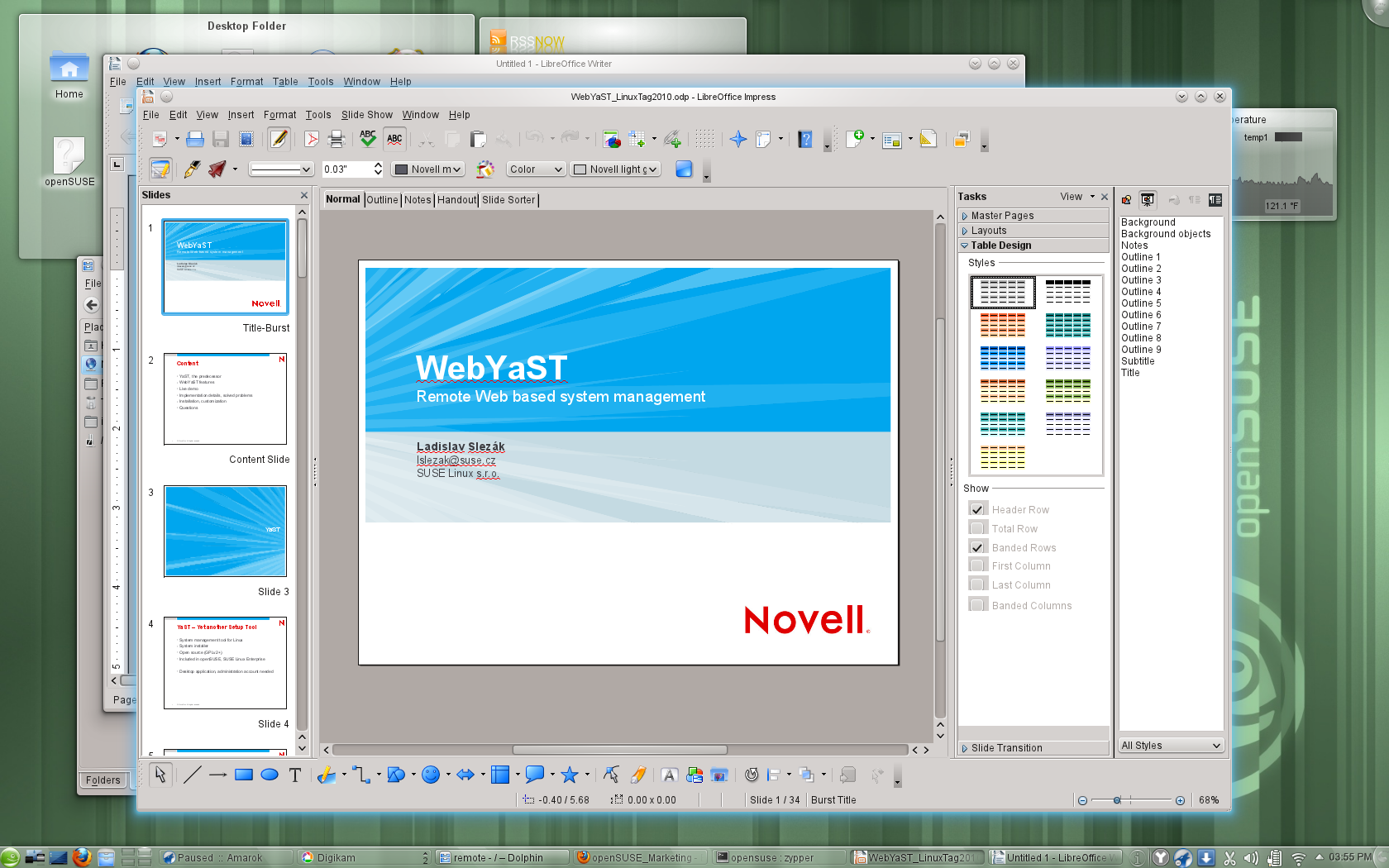 With the latest KDE Plasma Netbook and Desktop Workspaces and the many updated KDE applications as well as the latest development tools and libraries, openSUSE 11.4 will offer a stellar experience for desktop users. openSUSE is the home of many KDE developers and contributors, which shows in the polished KDE products and the latest KDE updates which we make available for all supported openSUSE releases. Of course openSUSE ships the latest GNOME, XFCE and LXDE for those who prefer other desktops and we ship many different applications, all of which work perfectly well with the Plasma Workspaces as well as other desktops. Stay tuned for an article about one of those applications, LibreOffice, coming soon!