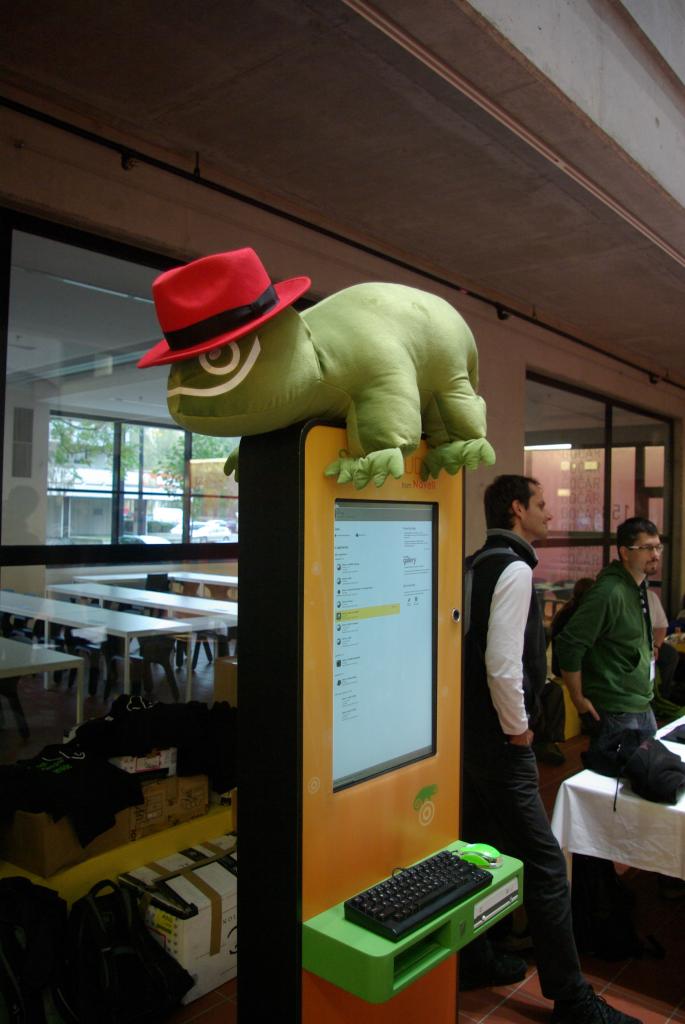 The second day started an hour later to give people time to recover from the party the previous night.  The golden autumn weather seemed to have run out by Sunday, making the run between the auditoriums and the cafeteria an exercise in dodging raindrops, but the many tracks and workshops gave visitors little reason to have to venture outside.

During the weekend and afterwards we got some feedback from visitors. Most like the event a lot: there are many interesting sessions and the booths are worth walking by as well. People liked the Future Media track although it was not so busy. The idea of expanding the scope of the conference and shed some light on things ‘around’ the central business of Linux was appreciated - yet, with 6 simultaneous tracks, the more technical sessions provided a lot of competition. Luckily, it is all videotaped and the first video’s have appeared on openSUSE TV. 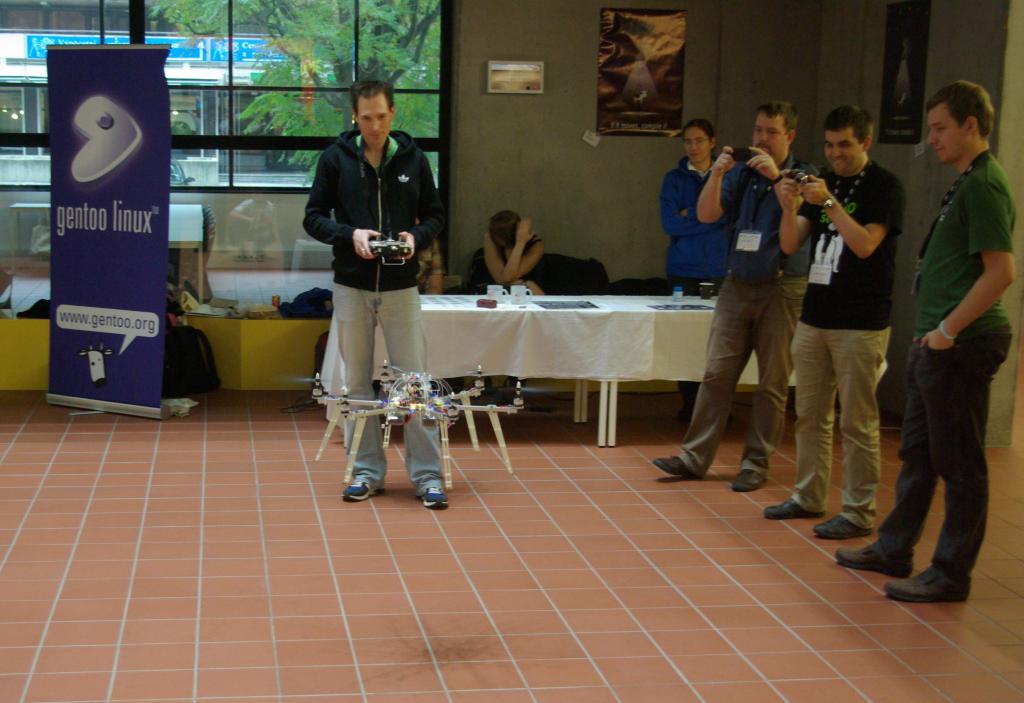 Strange flying machines at the venue[/caption]

The location is beautiful and big. There is plenty of power and fast WiFi, the only downsides are that workshops and BoFs could be hard to find in the cavernous venue and the Gentoo folks had no reason to leave their room, reducing their chances to mix.  Perhaps next time they should rebuild their room from source elsewhere after every talk.

Some also noted that the event is quite international. The Greeks continue to multiply, they’re over 20 folks now, to the delight of the organisation as they helped out quite a bit in various areas. South America is represented by a handful of community members as well and Asia brought a team of five from Taiwan and a similar number from India.

All visitors received a bag with a magazine as well as a cool Geeko and the supporters (who donated to the conference) also received a cool beer mug with a conference logo. The Geekos are appreciated of course and several people also bought the conference shirt, showing they’ve got ‘green inside’. 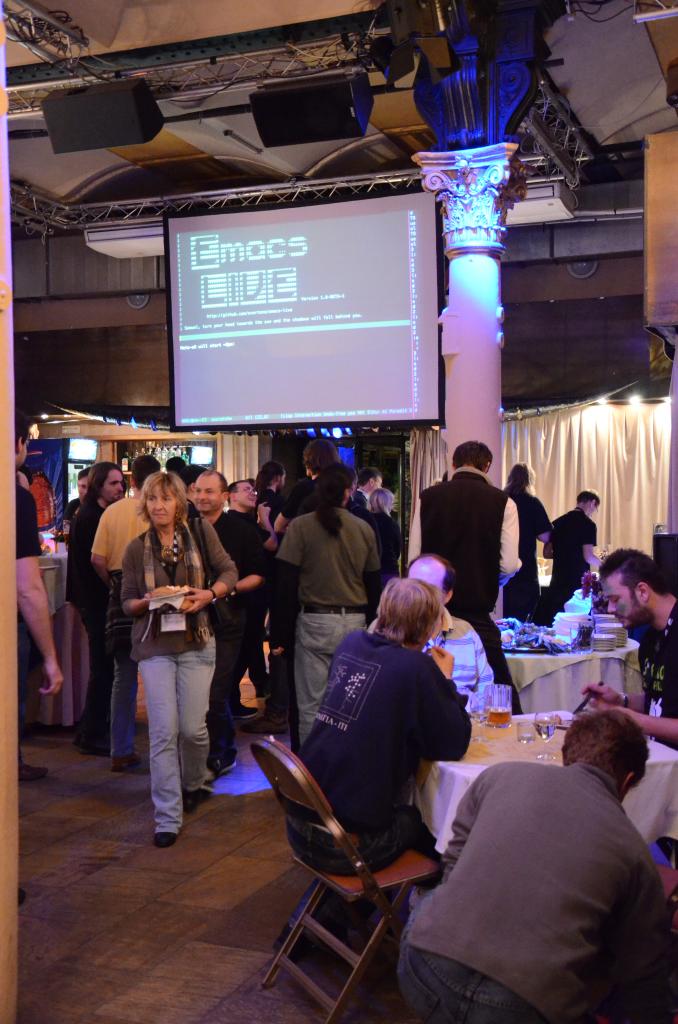 Emacs Music at the party[/caption]

The biggest thing missing is of course our signature openSUSE Beer. At a very late point in the planning, the conference team received word that the University, under no circumstances, would allow beer on the premises of the venue. It sure is unfortunate and something we’ll work on next year!

Saturday night a party was organized in a venue next to the Famous Charles Bridge in the old city center of Prague. We had digital music done by Sam Aaron who writes code live on stage, controling the music that way. There was also food and drinks although due to some miscommunication not everyone got their share.

The next day, many talks were given on a wide variety of subjects and in workshops all kinds of things were taught. For those of you who can’t make it, we tweeted the schedule during the day with links to the live stream and our video team has started to get the videos sorted, cleaned and cut so they can be released. The first of them have started to appear on our openSUSE TV channel already and more will follow. The sessions of Monday and Tuesday are of course still being streamed through bambuser! 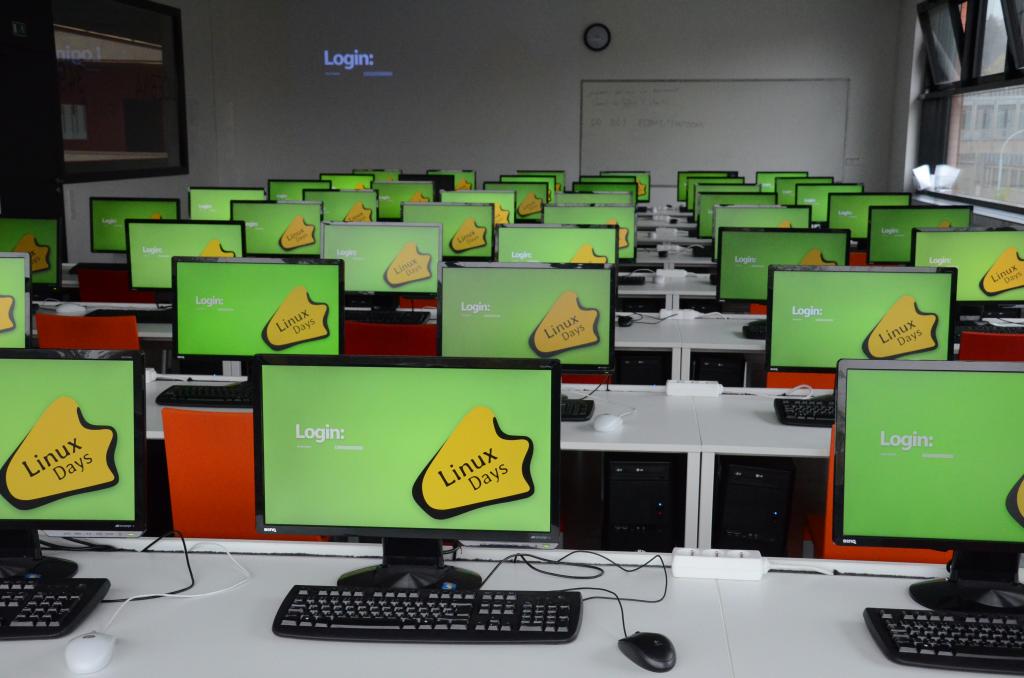 Showing the change in people’s priorities, the key signing session drew perhaps only about 20 people,  and a few who came to watch this more strange happening among the geeks’ rituals but the group photo of course drew a big crowd. Most attendees took part in making the picture and we had Michal Hrusecky yelling at us from above, directing us to be properly lined up. After some pictures inside, more were taken outside, where we were amused by the the photographers’ escapades to get high enough to get everyone in the picture. Luckily, nobody broke anything and we then went back inside for the last round of sessions. 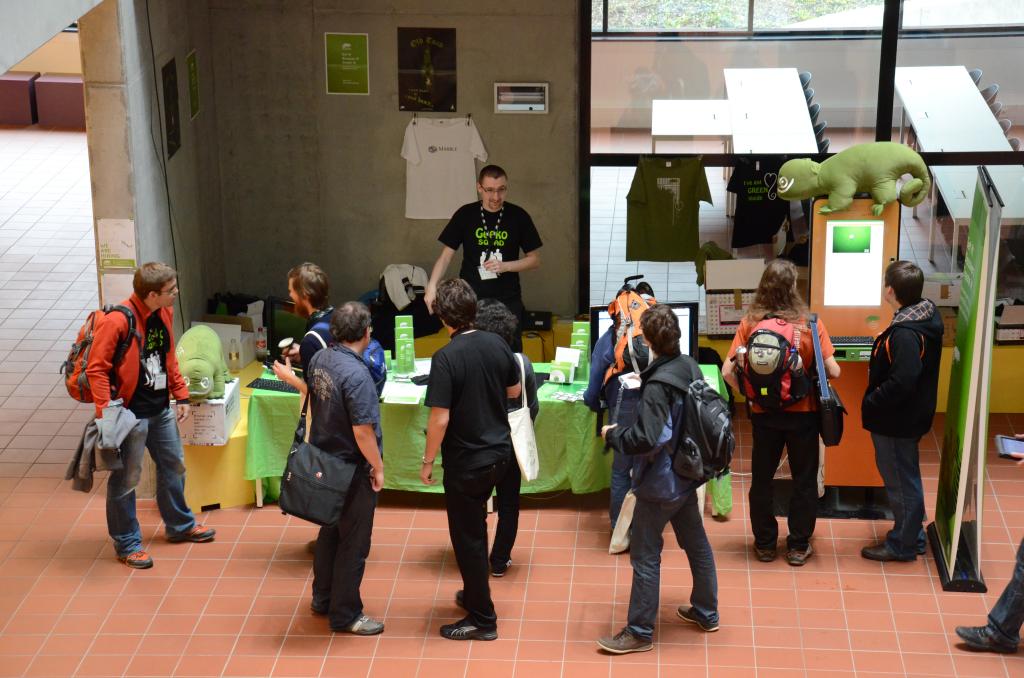 So, the Linux Days are over but the openSUSE Conference is starting. We can already tell you that on Monday morning already over 200 people were at the new venue (a few hundred meters from the University building from Saturday and Sunday) so we got off to a great start! Today we will have more sessions and especially discussions about what we’re doing and how we do it.