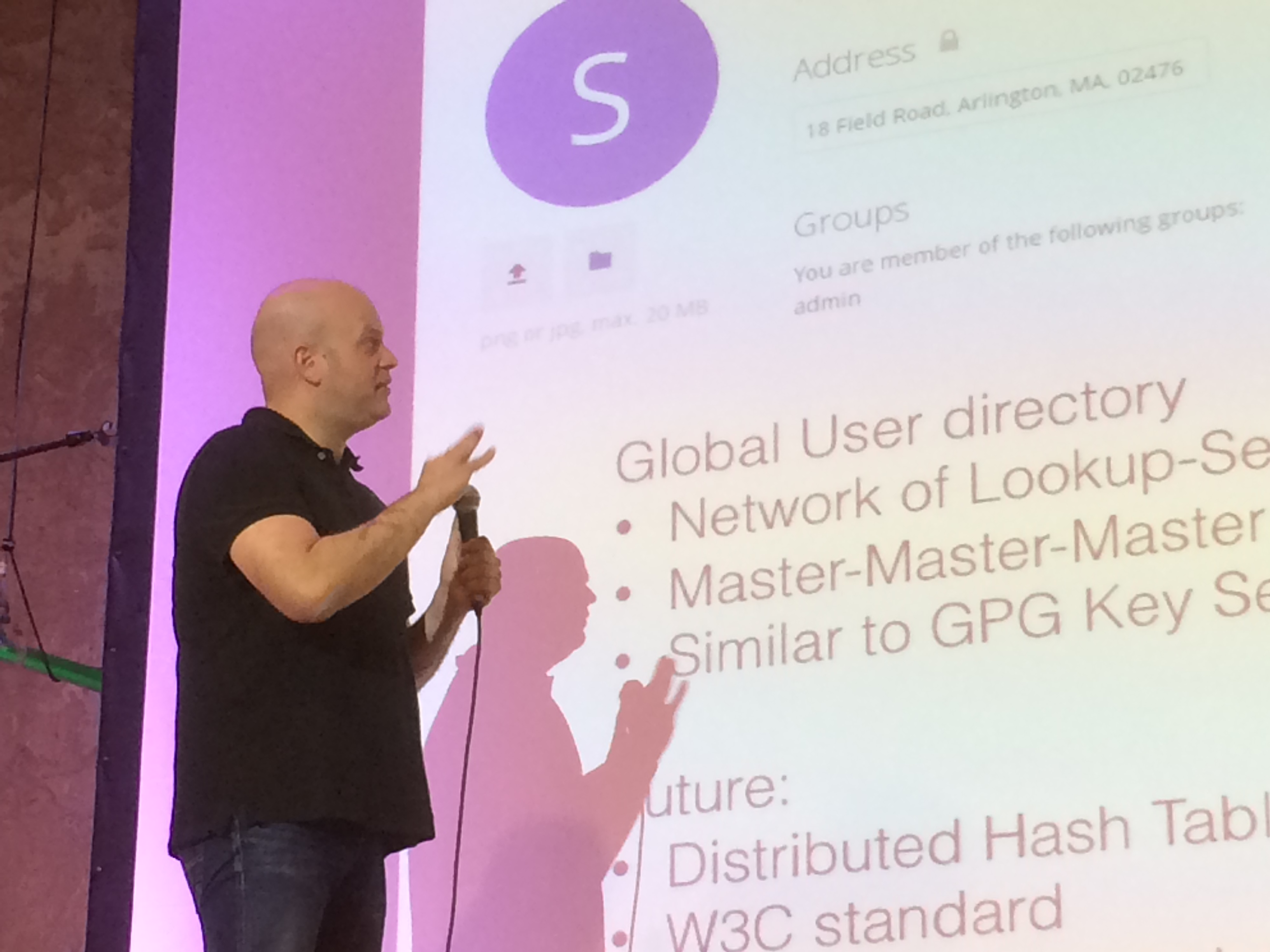 Frank Karlitschek, founder of Nextcloud and ownCloud, talks about a Global User Directory for Cloud and other services and applications.[/caption]

The second day of this year’s openSUSE Conference had two keynote speakers.

Frank Karlitschek, founder of Nextcloud and ownCloud, talked about the importance of federation infrastructure and reaching the critical mass. He pointed out that Free Open Source Software projects that offer similar applications to those that are proprietary fail to gain mainstream acceptance. One of the reasons he gave was trying to balance the balance between privacy and openness. He suggested that more projects should work with one another on a cloud-sharing standard and perhaps there should be a Global User Directory. Users could manage their privacy data that is shared or visible on a GUD as an answer to sharing personal cloud-based content with users running different applications or services.

Georg Greve, the Chief Executive Officer of Kolab Systems AG, also discussed the idea of reaching critical mass through making products that are simply better by companies or projects that can be trusted based on openness, the ability for users to control and build the applications or produces. Greve went on further to discuss the importance of innovation and gave reasons for why Kolab Systems joined The Open Innovation Network with companies like SUSE and Red Hat.

Owen Synge talked about the reasons ceph storage will stay.

Harald Sitter just finished discussing KDE neon as a rolling workspace to aid in getting KDE in the hands of users. KDE neon has both a user and developer edition.

Those who are not able to make the openSUSE Conference can watch it live via stream at https://events.opensuse.org/.

More videos will be posted on YouTube and https://media.ccc.de/b/conferences/osc16.