One of the growing community of openSUSE enthusiasts in Indonesia has contributed a poster he designed for the 2018-2019 Board Elections and Membership Drive. 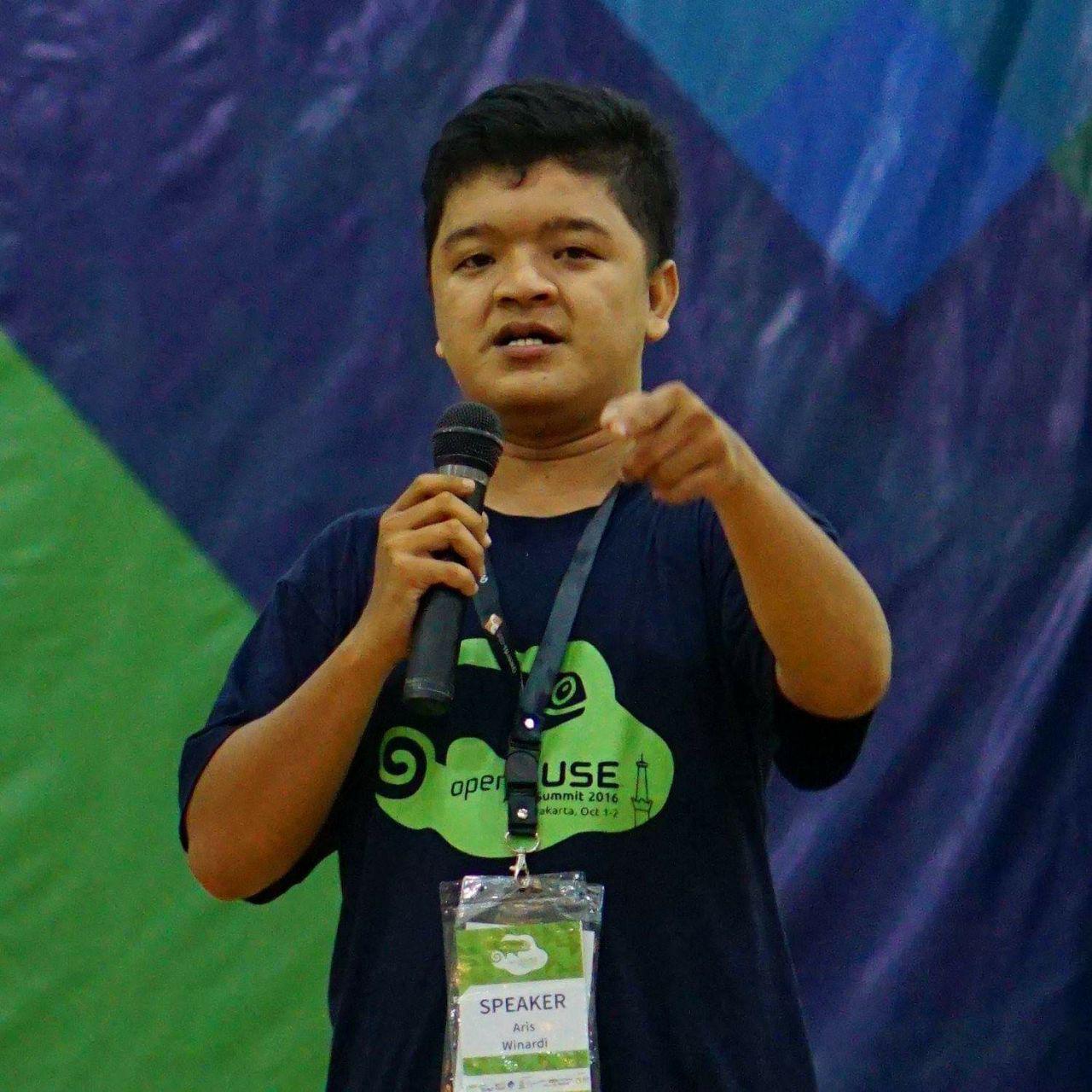 Aris Winardi giving a presentation at the openSUSE Asia Summit 2016 in Yogyakarta, Indonesia[/caption]

Aris Winardi, from Bogor, West Java, Indonesia, wants to inspire the openSUSE Community and Members to get involved in the Elections process and make it the best one yet.

The goal is to encourage all from the Community who are Contributors to the Project to apply for and get their openSUSE Membership, which will give them the right to vote in the upcoming elections and also some extra recognition of the work they do to keep the Project alive.

A developer by day, mostly working in JavaScript/Android/Flutter, Aris loves to help create artwork for open source communities. You can find him on Facebook at https://www.facebook.com/winardiaris and as twitter user @winardiaris.

Three of Six Board Seats to be Decided

There are currently three of the six seats up for election to the openSUSE Board, with no declared Candidates at this time, giving the opportunity to help guide the current and future path of the organization.

This year, the Elections Committee wants to exceed that record, and has announced an eight-week Membership Drive to coincide with the first five weeks of the Candidate Nomination phase, continuing through the three-week Campaign phase that follows.

openSUSE Users are Asked to Pitch In

With that in mind, the Elections Committee, along with the help of enthusiasts such as Aris, would like all openSUSE Users who appreciate the hard work and dedication that goes into the creation of such an awesome Operating System to prompt everyone they know who is contributing to apply for their Membership.

A healthy Membership leads to a healthy openSUSE Project.

How many contributors do you know?

Have you asked them if they are openSUSE Members?

Are you encouraging them to take out their Membership, if they are not, or are you suggesting they run as Candidates in the upcoming Board Elections, if they are Members?

That is a quick contribution you can easily make to openSUSE starting right now, so you can do your part to pay it forward.

The growing Asian Community, including the Indonesian region, is showing great enthusiasm for openSUSE and would like to encourage even more contributions and participation in the Project.

There are many ways to contribute, just check the Membership page for a quick list of some of the ways, and check out the contributor portal for more.