All of the ALP Workgroups are working towards delivering promised September ALP prototype with the codename “Les Droites”. SUSE will continue using a mountain naming theme for all upcoming prototypes, which will be delivered on a three months basis from now.

Adaptable Linux Platform (ALP) is planned, developed, and tested in open so users can simply get images from OBS and see test results in openQA

As far as “Les Droites” goes, users can look forward to a SLE Micro like HostOS with self-healing abilities contributing to our OS-as-a-Service/ZeroTouch story. The Big Idea is that the user focuses on the application rather than the underlying host, which manages, heals, and self-optimizes itself. Both Salt (pre-installed) and Ansible will be available to simplify further management.

Users can look forward to Full Disk Encryption (FDE) with TPM support by default on x86_64. Another part of the deliverables are numerous containerized system components including yast2, podman, k3s, cockpit, Display Manager (GDM), and KVM. All of which users can experiment with, which are simply referred to as Workloads.

A seamless system integration will arrive later and may vary based on the type of workload. An example could be /usr/bin wrapper deployed via rpm, etc. An example of running a ncurses variant of a YaST workload on ALP or in fact any podman-enabled Linux system. 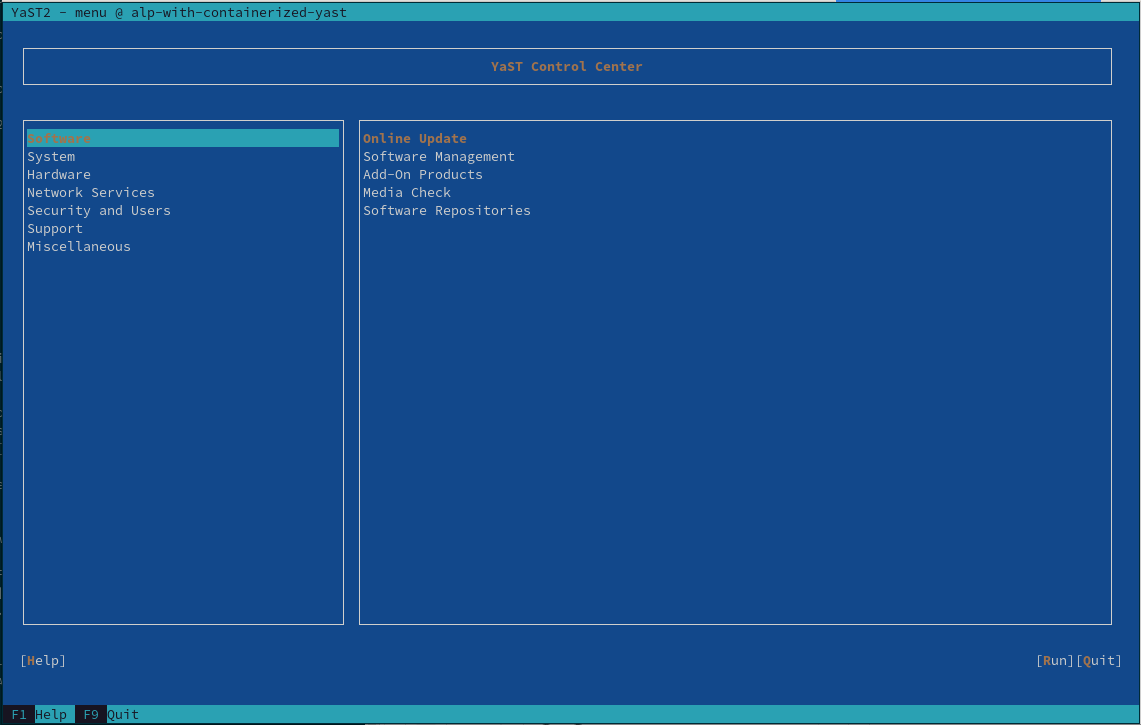