Open Build Service is a generic system to build and distribute packages from sources in an automatic, consistent and reproducible way. OBS 2.3 brings the functionality to maintain a released software product in an efficient and transparent way. This includes

This functionality is already used for doing the maintenance updates for the openSUSE distributions. The features can be used all together or in parts for own products. 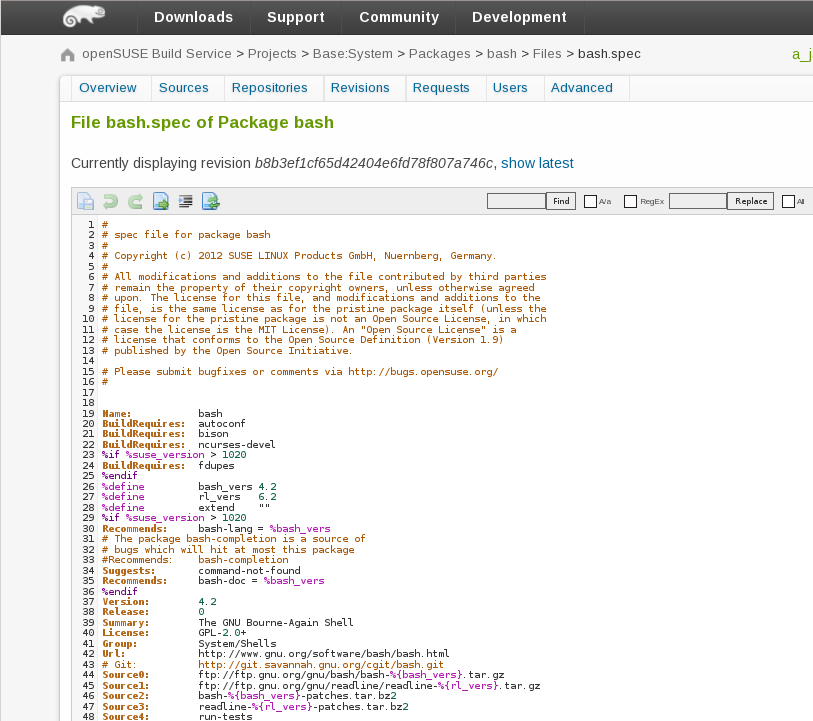 It is recommended to read the Release Notes before updating an instance. OBS packages can be found in the openSUSE Tools project or as an appliance which can be used on hardware or in VM.

The Open Build Service (OBS) is an open and complete distribution development platform. It provides the infrastructure to easily create, release and maintain software for openSUSE and other Linux distributions on different hardware architectures. It is developed under the umbrella of the openSUSE project, but is licensed under GPL and used by other open source projects like MeeGo or Tizen. It is also used by universities, ISVs and companies like Intel, Dell, and SGI.