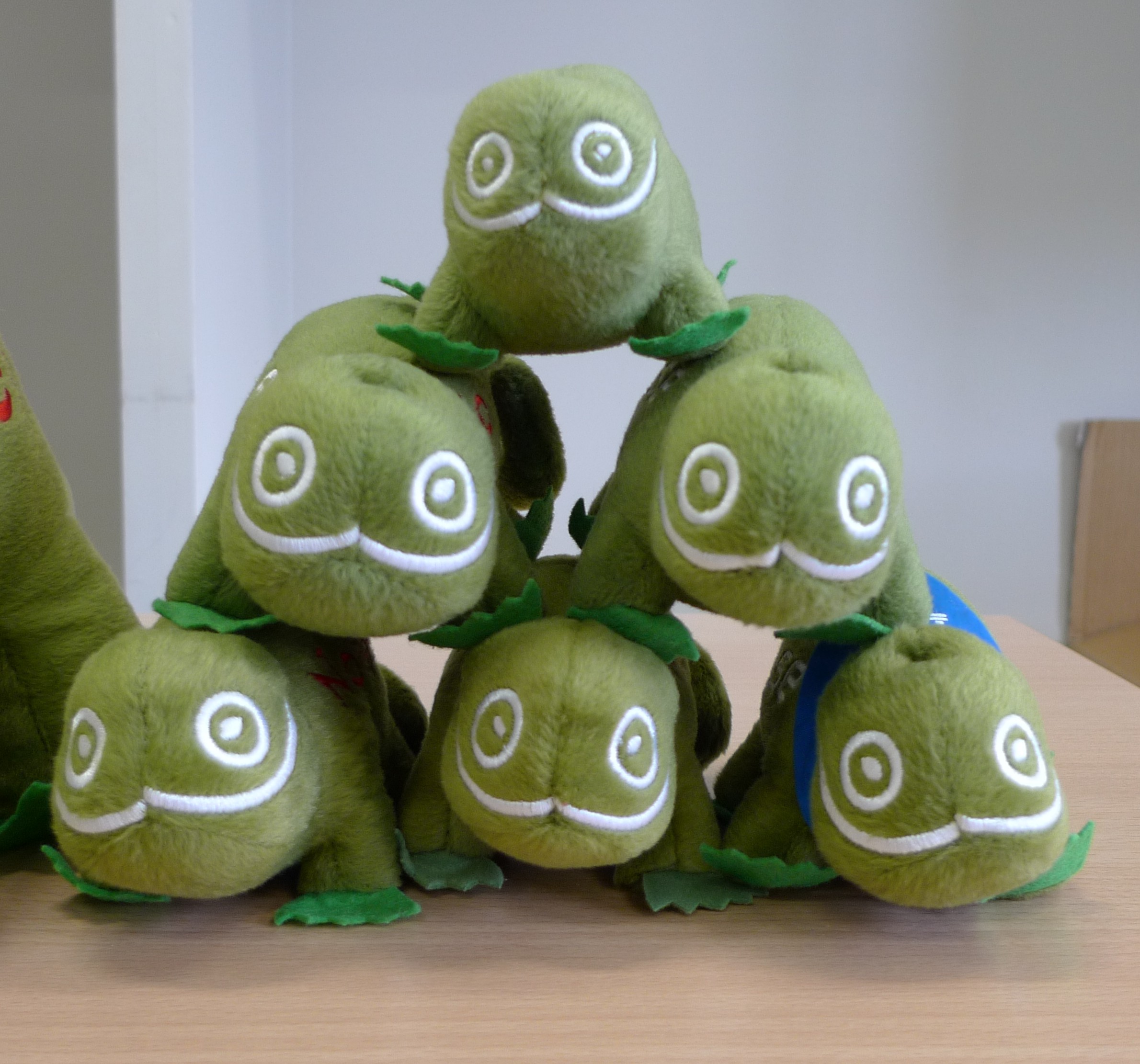 Our brand new ‘Rolling Factory’ has already amassed over 6000 installations and that’s just kicking awesome. But we won’t just roll: we will still create releases of openSUSE, and 13.2 is next! According to the roadmap, our latest Geeko is due in November and it will be awesome. We promise. But it doesn’t come for free: you will have to help.

Thing is, Open Source can only be as awesome as the people who work on it! And while openSUSE 13.2 has many, many awesome people working on it, what matters in the end is if it will work for you. There is only one way to make sure it does: test it. Test your use cases and make sure what you need openSUSE 13.2 for will work perfectly. That crazy old system you have set up for your uncle? Test it. That brand new ultrabook of your sister? Test it. That super server you’re secretly building in the cellar? Test it. TEST IT ALL! 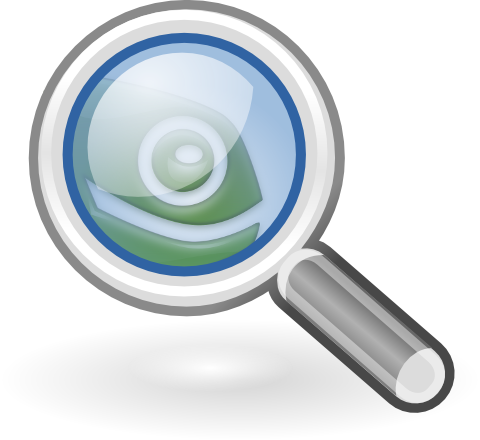 openSUSE 13.2 will have lots of new things and lots more is coming.

One Distribution with many flavours to pick

There is a tradition in openSUSE to be released with more than one GUI, this saga continues on 13.2 beta as it comes with all the newest popular Graphical User Environments. All you have to do is pick your favourite during installation and enjoy!

We already mentioned the latest coming from the KDE community, with the stable Applications version 4.14 coming with many bugfixes and polish. GNOME 3.14 will introduce the following features:

Some of these features are marked as done, some as ongoing and some as still being planned, so we’ll see what goodies the GNOME Team will be able to provide when GNOME 3.14 is finally released. In XFCE land, it seems as though openSUSE 13.2 will ship with the same Xfce version as its predecessor, as XFCE 4.12 isn’t out yet. But worry not, the Xfce team has been working diligently so there have been under the hood changes to allow better integration with systemd and upower >= 0.99. Also, to mention a couple of most user-visible changes, there are new version so of gigolo, the midori web browser (with a much improved adblock functionality and spell checking) and a fully redesigned Parole. xfburn 0.5.2 now supports Blu-Ray and large files through ISO9660 level 3. More noticeable will be the changes to the core XFCE4 plugins:

And that is not all. The Pragha has replaced rhythmbox as the default music player and organizer. It is very extensible, and feature-wise on par with rhythmbox through large number of plugins. It fits better with the Xfce UI design than rhythmbox does. openSUSE 13.2 will also introduce a new custom theme for the notification daemon (xfce4-notifyd) And here is another new addition in our favourite distribution, Mate 1.8 is going to be there as one of the GUI options as it was previously announced here.

Not to be left out, LXDE also has gotten a series of improvements, even though there has not be a major release either. All the programs have been updated and packages are up to date. Others programs included in the default installation have also been updated, like galculator, Parcellite, Xarchiver (with new xz and RAR5 support) and so on. A lot of bug fixing has been done recently thanks to one of the developers, Andriy Grytsenko. There are new features in some programs:

In look and feel news, Adwaita replaces Clearlooks as the default GTK theme. This provides an uniform appearance for both GTK2 and GTK3 programs. If using the Qt GTK GUI style, Qt applications are nicely integrated as well. Openbox uses a theme that matches Adwaita. And the panel background image has been replaced with a color so it is more integrated with the global appearance. Meanwhile, the the future replacement for LXDE, LXQt, has a repository available at https://build.opensuse.org/project/show/X11:lxde:lxqt. The desktop known for having the most playful UI, Enlightenment is at the latest e19 release, complete with a new default theme for openSUSE 13.2. Some new cool features, including better task management, a new tiling module, packagekit integration and more are introduced. It also includes the latest version of the Terminology terminal which brings many new features such as splits, tab like changing and the ability to change colors from the UI and more themes. Before the actual 13.2 release some new profiles will be added!

YaST, still fresh after the rewrite to Ruby, has seen a lot of work in the last months, so we’ll dedicate a section to what is new. Be sure to give the new YaST a good whirl and check if it all works as advertised!

The Yast team has put a lot of effort during the last months in improving the installation experience. The new openSUSE 13.2 installer will be easier to use and more welcoming to new users with better and smarter automatic proposals, less cluttered configuration options and a brand new look and feel focused on usability. But the most important change is the new installation work flow. Up to 13.1 the installation was followed, after the first reboot, by the so called “2nd stage”. In that phase, several additional settings needed to be configured. The new process is more straightforward. Just make the initial configuration, click on “install” and after a few minutes the computer will reboot into a ready to use system.

The installer is not the only part of Yast which has received extra care. openSUSE 13.1 presented to the world the first version of Yast rewritten to the Ruby programming language. Now, after almost a year of stabilization process, the migration of technology is showing its benefits. The version of Yast included in this beta is faster, more stable and better integrated with systemd, btrfs and the other cutting edge technologies included in openSUSE 13.2.

As a first step to improve the robustness of one of the most challenging and relevant aspects of Linux installation and configuration, Yast will drop support for Grub Legacy in openSUSE 13.2 focusing on GRUB2, which was already the default and recommended option in openSUSE 13.1. Of course, Grub Legacy can still be manually installed but removing it from Yast will enable the developers to work on a more advanced approach to managing the bootloader in future openSUSE releases.

Like in any software in beta phase, there are still bugs in Yast. The good news is that everybody can help to fix them in time for the final 13.2 release! Every single piece, from core to modules, is available and open for contributions at github, where you can see bugfixes and improvements landing on a daily basis.

All that news needs testing. Areas which can use extra love and attention include:

Testing means installing the beta, playing around with it and submitting bug reports when you bump into trouble. To test multiple devices it might make sense to download the beta and put it on an USB stick or a DVD so you can get to work right away. But be sure to also test that weird RAID setup, go through the installer to see if it deals with multiple installations and an resize partitions properly! Bugs should be reported and can be tracked via Bugzilla. Find a how-to on reporting bugs on the wiki. There’s a quick overview of the most annoying bugs in 13.2 Beta, check it out before you submit duplicate bug reports. Discussions about openSUSE development takes place on the factory mailing list. openSUSE Factory is the development release of openSUSE, you know, the one that is now rolling ;-) There is plenty of help available on the Development page on the openSUSE wiki and you are more than welcome to ask for help on the openSUSE factory mailing list or on the openSUSE IRC channels!

Organize your own Beta Pizza party!!!!

Continue te openSUSE tradition of Beta Pizza parties! Gather some friends at your place or at any place you can have wifi and have some fun by having Pizza and testing the new Beta version. Food and a new openSUSE release, a perfect combination. Find more information about BetaPizzaParties and register your party on this wiki page and don’t forget to have a lot of fun!

Go, test this release, be Geeko Awesome and make the release just like that!

And as always: a big, green hug to all the awesome geekos who contributed to openSUSE 13.2 and/or this story. And to anything else green and openSUSE!