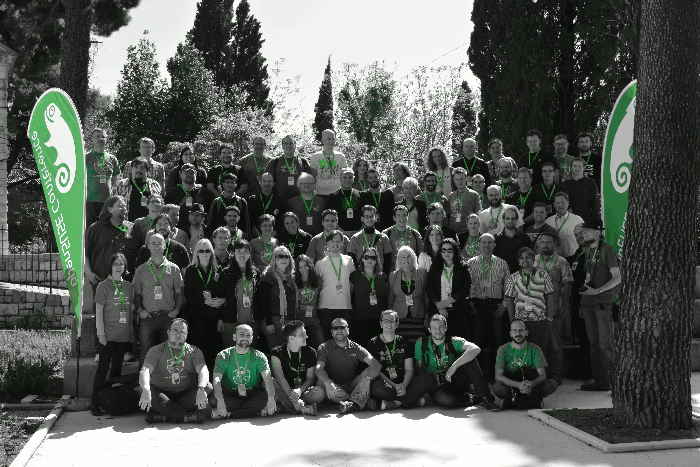 The openSUSE Conference in Nuremberg, Germany, June 22 - 26 is just nine weeks away and attendee might want to start planning their trip to this year’s conference.

With a pre-conference party planned for June 21 at the Kater Murr at 7 p.m., attendees might want to consider arriving on June 21; arriving a day before the conference is a good idea.

The conference will begin at 10 a.m. on June 22, which should give people time to recovery either jet lag or the pre-conference party.

People who take the train will arrive in downtown Nuremberg. People coming in on a flight can go downtown using the subway (U-Bahn) from the airport. U2 is the train that goes too and from downtown (Hauptbahnhof).

People who plan on driving to Nuremberg will find plenty of parking garages around the city. Parking at the Z Bau is free.

People who plan on using the Travel Support Program can start submitting their requests now via Connect and need to have it submitted six weeks before the start of oSC16. (May 9 at the latest).

Learn more about the Travel Support Program and be informed of the policies to make your process easy and to understand the requirements for receiving support funds.

Attendees should look for the cheapest tickets available so that the funds can be used to accommodate the largest amount of attendees requesting support.

Besides the pre-conference party, there will be a couple social events scheduled throughout the week.

There will be a city tour and a cellar tour available in Nuremberg at two different times (6:30 p.m. and 8 p.m.) on June 22, 23 and 25. Each tour has the capacity of 25 people and people who want to attend these tours will need to reserve a seat through events.opensuse.org. Reserving a seat for the tours is not currently available, but will be before the conference starts; an announcement will be sent out to attendees about reserving a seat.

The SUSE Band will play live music on stage at the Z Bau June 24 from 6:45 p.m. The band has been practicing for this for some time is hyped to be playing in front of a live audience.

The conference is scheduled to end at 2 p.m. on June 26 so attendees can have enough time to get to the airport for a flight leaving at 5 p.m. or later. There are several flights leaving Nuremberg after 5 p.m. Three hours is more than enough time to get to the airport from the Z Bau. Using public transportation takes a little under 30 minutes from the Z Bau to Nuremberg Airport.

There will be a Hack Week for those who would like to stay and hack in Nuremberg. Give it some thought before making travel plans and maybe stay a few days to hack with people at the SUSE headquarters in Nuremberg.