To state that not much has been happening in openSUSE Tumbleweed is an understatement as there were seven snapshot this week.

Life, however, is full of surprises and irony and this article just might end with a little.

The beginning of the week started with snapshot 20161208 that had a change that affects Python users. The update of python3-setuptools to version 30.2.0 dropped support for Python 3.2, which was released in February of 2011. The snapshot also provided an update to Kernel firmware 20161130 with patches affecting Intel Bluetooth.

The next snapshot, 20161209, updated most gstreamer packages to version 1.10.2, which brought Open Graphics Library related bugfixes and a security-relevant bugfix in the vmnc decoder. The text shaping package HarfBuzz updated to 1.3.4 and fixed vertical glyph origin in hb-ot-font and Vala’s update to 0.34.4 had some small bugfixes.

NetworkManager-openconnect 1.2.4 updated translations and fixed support for IPv6-only VPNs and updates to yast2-installation 3.2.11 and yast2-network 3.2.16 had crash fixes.

The updates to gstreamer continued in snapshot 20161210 with gstreamer-editing-services, gstreamer-rtsp-server and gstreamer-validate moving to version 1.10.2, which fixed mostly minor bugs. The snapshot also updated the Linux Kernel to 4.8.13. Python-packaging updated to version 16.8, which provided a fix for rendering and Wine updated to the 2.0 Release Candidate 1 that enhances Shader Model 5 operations.

END_OF_DOCUMENT_TOKEN_TO_BE_REPLACED

Election season begins for openSUSE Board

The openSUSE Project has two seats  for this year’s openSUSE board elections.

Phase 0 has begun and candidates who have an interest in running for the board will need to notify their intent to run by Jan. 1.

The window for openSUSE membership is also open. Apply for membership during a three-week window and be a part of directing outcomes in the project.

Only members elect representatives to serve on the openSUSE Board for a 24 months term.

END_OF_DOCUMENT_TOKEN_TO_BE_REPLACED

Tags: board, Election, membership, opensuse, vote
Posted in Announcements, Board | Comments Off on Election season begins for openSUSE Board

Many packages made it into openSUSE Tumbleweed snapshots this week and two minor kernel versions were just a couple of the several updates that landed in the repositories.

Eight snapshots this week brought both minor and major releases.

Topping the list of updates for snapshot 20161129 was the update to Light Display Manager 1.21.1, which added an Application Programming Interface (API) version to the greeter-daemon protocol for future enhancements.  Other updates in the snapshot include openVPN, which added a recommended utility for network and traffic protocols, and subpackages for systemd relevant for 32-bit users. Desktop manager xfdesktop updated to version 4.12.3 and introduced rotating wallpaper images if the images contain rotation information.

Snapshot 20161201 brought the first kernel update of the week with version 4.8.11 and the kernel firmware was updated to 20161121. Tumbleweed user will be happy to see the amount of hplip subpackages added in this snapshot, which brings added support for several hp printers. Several K series subpackages from KDE received updates in the 20161201 snapshot.

The most interesting snapshot of the week probably arrived with snapshot 20161202.  In the snapshot, several Mesa 13.0.2 subpackages were updated that provided graphical fixes for enhancing Wayland, Vulkan and X11. FFmpeg 3.2.1 brought new codec fixes and provided a  regressions fix for audio-visual loss during streaming.

Git 2.11.0 provides developers several improvements with many new command line and configuration options. Git 2.11 is faster at accessing delta chains in its object database and improves performance of many common operations. END_OF_DOCUMENT_TOKEN_TO_BE_REPLACED 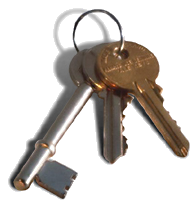 Does it happen to you, too, that there are moments where you ask yourself why others want something from you that is there already since a while? Exactly this happened with https://keyserver.opensuse.org/: the original machine was set up a long time ago to make it easier for people attending the openSUSE GPG key-signing parties, but it looks like nobody officially announced this “new service” for our users…

…and so here we are:  the openSUSE Heroes team is pleased to announce that keyserver.opensuse.org is up and running as public GPG keyserver. We are of course also part of the official keyserver pool, which means that some people might already noticed us, as they got redirected to our server with their requests. (And for those who are interested to setup their own SKS keyserver: we have also written a nice monitoring plugin that helps you keeping an eye on the pool status of your machine and the ones of your peers.)

The server may be accessed either via it’s Web interface (please ping the Heroes if you want to improve it) or via the openPGP HTTP keyserver protocol (HKP), which is normally used by GPG clients.
Try it out by calling something like:

on the command line, or enhance your personal GPG configuration file ~/.gnupg/gpg.conf with:

and work as before with your new, preferred GPG keyserver as standard. What more can we say, except “have fun en-/de-crypting your data!”

END_OF_DOCUMENT_TOKEN_TO_BE_REPLACED

After a long, but exciting first day, we even managed to get some sleep before we started again and discussed the whole morning about our policies and other stuff that is now updated in the openSUSE wiki. After that, we went out for a nice lunch…

openSUSE Heroes out for lunch.

…before we started the discussion about some other topics on our list.

END_OF_DOCUMENT_TOKEN_TO_BE_REPLACED

Picture from the meeting with some openSUSE Heroes discussing

So starting today, some openSUSE Heroes started to spend the first December weekend in the SUSE Headquarter in Nuremberg. And they really have a lot to do, as you might imagine! That might be the reason why some of them started at 02:00 in the night to arrive at 07:00 in Nuremberg…

END_OF_DOCUMENT_TOKEN_TO_BE_REPLACED